"Land of fires": the fight against the abandonment of waste is intensified 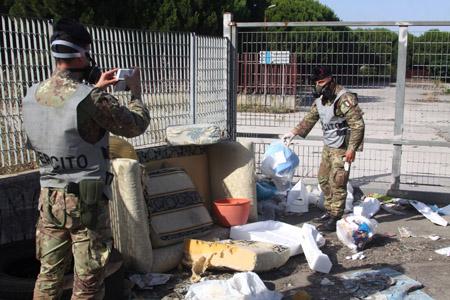 In the last 2 days the army patrols have intervened 5 times seizing in flagrante delicto 5 people surprised to abandon waste.

Yesterday afternoon in Naples, in the district of Scampia, a man was stopped who was abandoning various material (two mattresses and a metal mesh) in an illegal landfill. After the arrest of the individual, an Italian citizen, the intervention of the state police was requested, which intervened on the spot with a patrol from the police station of Scampia and after the charges for environmental crimes, also found the violation of some rules of the highway code proceeding with the seizure of the vehicle.

In the evening, however, the army soldiers intervened surprising a foreign citizen who was abandoning solid urban waste on the street in the municipality of Casandrino (NA). Carabinieri from the local station and the local police who administratively sanctioned the crime intervened on the spot.

The other three arrests took place in the municipality of Giugliano in Campania (NA) where three individuals, one foreigner and two Italians, were caught in the act of dumping various waste in an illegal landfill. Also in this case the intervention of the local police station was requested.

Even in the fight against the fires, the intervention of the patrols has been recorded which has allowed the extinguishing, with the help of the firefighters, of six fires on illegal landfills that could threaten private properties and roads of great traffic, causing greater damage, inconvenience or serious accidents.

The most serious last June 30, during the patrol in the urban area of ​​Casapesenna (CE), the army soldiers managed to avoid the worst by promptly alerting the police and firefighters after identifying a large fire which involved the Variante-Casapesenna-San Cipriano d'Aversa provincial road. since August 2008, which sees more than 4000 soldiers engaged in guaranteeing security and preventing petty crime in the main metropolitan areas of the peninsula from Chiomonte to Lampedusa. 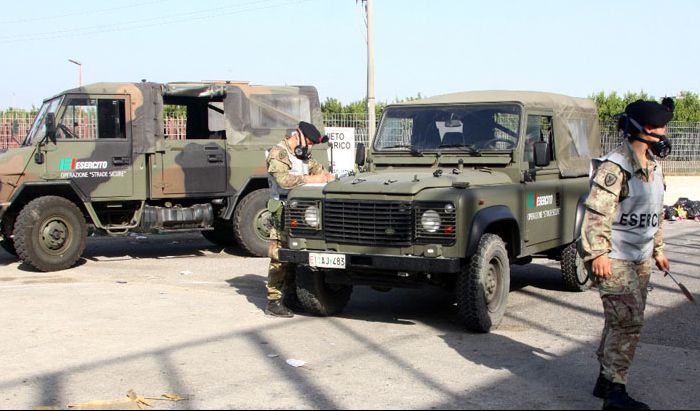