Home News armed forces Land After the training course of the offi ... 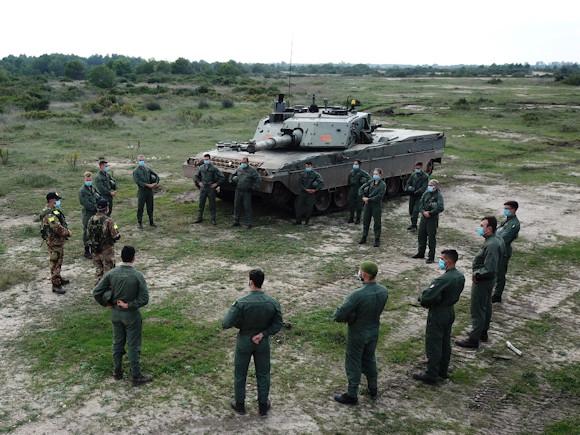 At the Cavalry School of Lecce, the Weapon specialization course of the student officers of the "198 °" Saldezza "course, coming from the Application School of Turin, was concluded, with the achievement of the assignment of commander of armored-armored units.

Cavalry officers participated in numerous training activities using the “Ariete” and “Centauro” platforms, consolidating the operational procedures for use and expanding their background of knowledge. Furthermore, the young "riders" used the "live" and "virtual" simulation systems and experimented, through the Combat Training Path in the inhabited centers of the armored-armored unit (PACUB), combat techniques in urbanized areas with armored / armored vehicles.

At the end of the training process, the second lieutenants carried out a study on the evolution of the tank, aimed at providing contributions about the future of the armored component of the Army, the results of which were analyzed with the specialists of the Cavalry School.

The commander of the Northern Operational Forces, general of the army corps Roberto Perretti, greeted yesterday, at the ...
5480
Read

The investigations continue, by production categories and specific territorial areas, on the illegalities in the cycle of ...
157
Read

It was signed by the Directorate of Terrestrial Armaments (DAT) and by the consortium company Iveco - Oto Melara on ...
4878
Read

As part of the process of improving the efficiency of the Command and Control systems, specialized personnel ...
683
Read

In the Aula Magna of Palazzo Arsenale, the historic headquarters of the Army Training Command and Application School ...
684
Read