Home News armed forces Terra On the Cellina-Meduna you "train" ...

On Cellina-Meduna we "train" for Lebanon 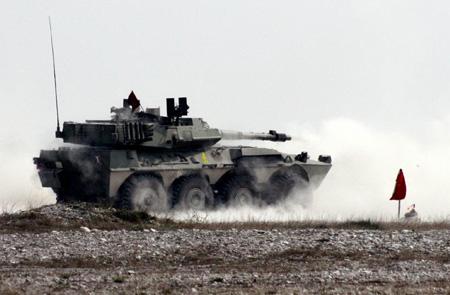 The training area of ​​the Cellina-Meduna (PN) has been the setting for the exercise called "Lurbino 2014", this activity inserted in the widest channel of the preparation for the next employment in Lebanon of the armored brigade Ariete, great unit responsible for the sector west of Unifil since April 2014, has seen engaged a tactical complex of men, means and materials of the Genoa Cavalleria regiment.

The yellow dragons, such as Brigata's Sector Mobile Reserve, were exercised in the conduct of technical tactical procedures in white and fire aimed at validating and implementing the skills necessary to conduct activities to respond to emergency situations and crises oriented to the Lebanese scenario.

The most astute observer will notice the complexity of the task entrusted to the staff of the glorious regiment stationed in Palmanova, a brigade reserve, ie a department with double line of vehicles, light and heavy, equipped with the ability to intervene effectively in places and times not previously planable, in full compliance with the procedures and rules of engagement. If we add to this the delicacy of the scenario that characterizes southern Lebanon, it is better to appreciate the effort and commitment of these professionals in uniform and their ability to combine the same tactical activities of different themes of the campaign in a single exercise. in perfect adherence to the procedural dictates given by the superior authorities.

Exploration, emergency management, contingency planning (ability to manage the operational moment), on-scene command (the authority is of the commander who faces the emergency) and "strategic corporal" (every soldier from the lowest ranks must be aware that his work is fundamental for the success of the operation) combined with the ability to use sophisticated weapon systems such as the Centauro armored busses were the protagonists of the day in Genoa on the Cellina-Meduna stones.

Full satisfaction was expressed at the end of the exercise by the highest authorities present as the deputy commander of the Friuli division, gen. Giovanni Savarese, and the commander of the armored brigade Ariete, gen. Fabio Polli, who could not fail to underline the skills expressed by the staff exercised.

In particular the gen. Polli has highlighted, with a fitting sport metaphor, how the preparation activity is nothing but the proper "training" propedeutic to the operational commitment in the land of the cedars, where the officers, petty officers and dragons of Genoa Cavalleria will know well, as it happens from the distant 1992 they have from which the regiment, without solution of continuity, has been involved in all the national and international engagements of the Italian Army.

The international exercise 'Cerces 2022' has ended, which saw the participation of a unit of the brigade ...
4136
Read