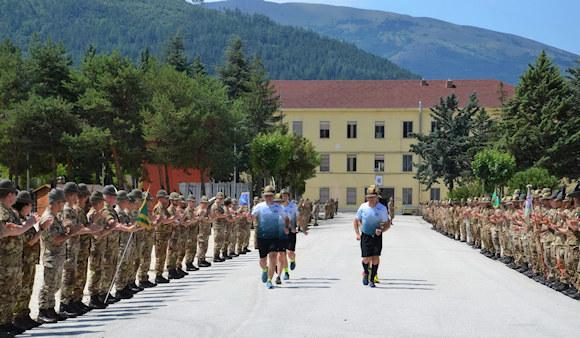 To celebrate 150 years of the Alpine Corps, a relay of runners from the Alpine troops of the Army and theNational Alpine Association, in the last month has connected the Maritime Alps to the Julian Alps, with a parenthesis on the Abruzzo Apennines.

With 23 stages and 600 participants, ideally, the event wanted to embrace the significant places in the history and present of the Alpine Army troops. In the 1500 km the torch of Alpine memory and tradition touched the localities that were the headquarters of the first Alpine companies - 15 - those established in 1872.

The torch bearers have crossed numerous cities, such as Turin, where the command of the “Taurinense” brigade resides; Aosta seat of the Alpine Training Center; Bolzano headquarters of the Alpine Troops Command; Udine headquarters of the "Julia" Brigade. The places of the past are intertwined with those of the present, with the runners who left or entered the barracks of today's Alpine troops, in Piedmont, Abruzzo, Valle d'Aosta, Trentino, Alto Adige, Veneto and Friuli, in which Army men and women work daily in the service of the country.

During the journey, ceremonies were held at the monuments to the fallen of all wars, always in the presence of citizens, authorities and school groups and there were many gestures of spontaneous closeness by the communities touched by the event, such as in Bassano which on the occasion of the passage of the relay has associated its name with the denomination “Città degli Alpini”.

The last stage that started on Saturday 2 July from Udine, the Alpine city par excellence, headed for Trieste where at the weekend the command of the Alpine troops at the end of the event wanted to pay homage to the war memorial on Colle di San Giusto and close with the solemn lowering of the flag the path started in Ventimiglia.

To make the event even more impressive the setting up in Piazza Unità d'Italia of the "Citadel of the Alpine Troops", inside which promotional stands have found space for career opportunities in the Armed Forces and the exhibition of vehicles and equipment used by Army units. 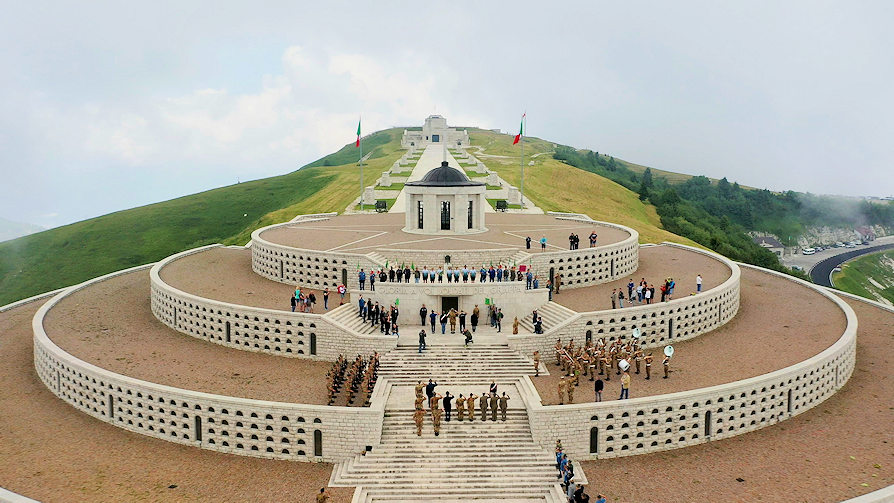 In recent days, a team of bomb squads from the Italian Army, under the 10th genius sappers regiment of ...
635
Read