A Shama Italian course for the Lebanese armed forces 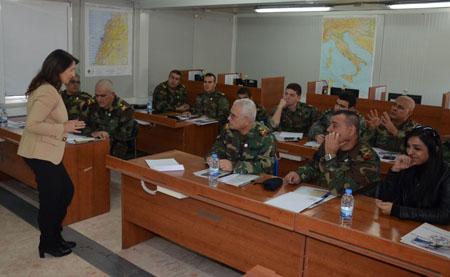 The course, divided into two classes, is intended for LAF officers, and will last about four months, at the end of which an exam is scheduled which will certify the level of knowledge of the Italian language acquired by the users.

General Abou Khalil thanked the Italian contingent for the laudable initiative, comparing it by relevance to all the other activities supporting the LAF, even the most purely military ones.

For his part, General Riccò expressed satisfaction with the course that adds to the numerous activities that the Italian blue helmets lead to the Lebanese army.

The "European Wind" exercise represents the culmination of an intense training cycle, planned and directed by ...
3658
Read