Rome, change at the top of Safe Roads 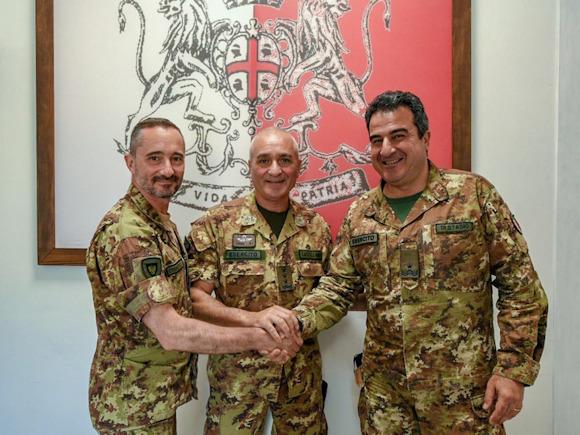 More than 5 thousand people identified, more than 150 public order interventions, a considerable quantity of seized drugs, thirty arrests for different types of crimes and as many complaints on the loose, but also hundreds of interventions to help citizens and tourists seized by illness or road accident victims: these are the numbers of the "Safe Roads" operation under the command of the "Sassari" brigade, two thousand men and women of the Army committed to guaranteeing the security of 161 sites and sensitive targets, mostly present in the capital, on a daily basis.

Railway and subway stations, embassies, places of worship - among which are some principals in the vicinity of the Vatican City and the papal basilicas - tourist sites and historical sites of the city of Rome (12 of which declared by UNESCO a World Heritage Site ), ports and airports, reception centers, the nomad camp in Via Salviati and the Rocca Cencia waste treatment and disposal plant in the eastern suburbs of the capital.

This is where the soldiers worked to ensure the safety of citizens through security services and patrol activities in competition and jointly with the police forces aimed at controlling the territory, combating crime and preventing terrorist attacks.

After five months in Rome, the "Sassari" brigade ceded the leadership of the "Lazio Abruzzo" group to the Alpine troops of the "Julia" brigade.
The handover between the commander of the "Sassari" brigade, General Andrea Di Stasio, and the commander of the "Julia" brigade, General Alberto Vezzoli, took place yesterday in the "Gandin" barracks, the headquarters of the group. 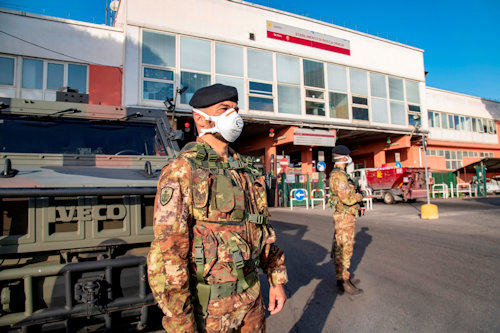 The work of the "Sassari" brigade, characterized by a constant increase in dynamic activities and the control of the nomad camp area in Via Salviati, was underlined by the commander of the South Operative Forces, general of the corps Rosario Rosario. "In Rome, a particularly demanding square, results of absolute depth have been achieved"said General Castellano. "All this is thanks to the preparation and hard work carried out in recent months and to the perfect integration between the military component and the institutional bodies of the capital".

The use of the Army in the Tor Sapienza area was necessary because of the emergency situation that had arisen in the area. Decided by the Provincial Committee for public order and security, the aim of the intervention was to prevent environmental risks and to combat the phenomenon of toxic fires, a consequence of traffic and the illegal disposal of waste.

The soldiers of the "Lazio Abruzzo" group have operated jointly with the local police, obstructing any illegal activity, avoiding the danger of toxic fires and guaranteeing the safety of the operators of Ama, the company that collects waste in the capital.
Another permanent Army unit has been active for several days at the Rocca Cencia Tmb, the Ama's own waste treatment and disposal plant. This was decided by the Provincial Committee for Public Order and Security which the Prefect of Rome brought together the 6 last June at Palazzo Valentini.

In recent days, at the "Luigi Giannettino" Barracks in Trapani, home of the 6th Bersaglieri Regiment, the ...
201
Read 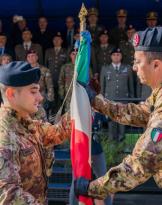 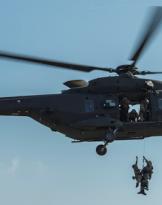 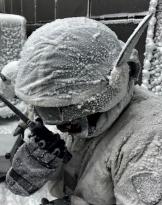 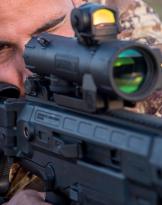