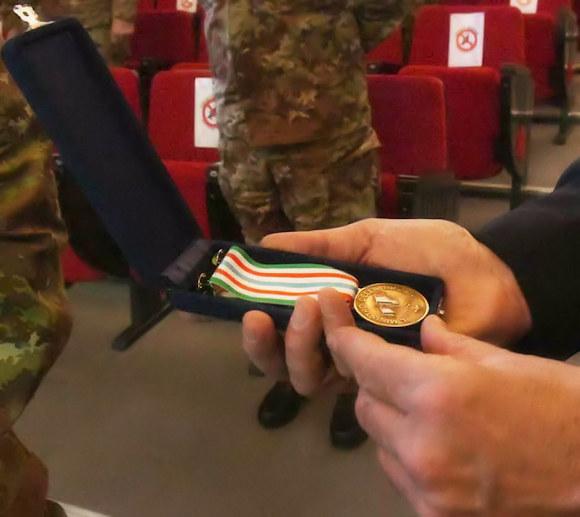 The general of the army corps, Rosario Castellano, military commander of the capital, handed over to the mayor of the municipality of Colonna (RM), Mr. Fausto Giuliani, the commemorative medal established by Decree of the Ministry of Defense in 2011, as part of the activities linked to the celebrations connected to the 150th anniversary of the Unification of Italy, as a recognition of moral value to families who have suffered the loss of three or more relatives, who fell during the First World War.

The heartfelt ceremony took place in full compliance with the provisions issued by the government regarding the containment of the spread of the CoVid-19 virus, at the Mosaics Room of Palazzo Slataper, headquarters of the Military Command of the Capital. Together with the mayor, there were some members of the Colagrossi - Gara family, descendants of the Colagrossi brothers, who lost their lives during the fighting of the First World War.

General Castellano, in commemorating the fallen soldiers Sisto, Giulio and Nicola, underlined how the initiative "Represents an institutional moment that recalls the memory and sacrifice of many fellow citizens on the occasion of the Great War, which was for the Italians the first real collective test, in which they demonstrated to the world how the pride of belonging to a single state had become a feeling of people ".

The mayor of Colonna expressed his gratitude in receiving the honor: “With great honor I receive in the name of all the citizens of Colonna the commemorative medal that the Ministry of Defense granted to the memory of the Colagrossi brothers, three brothers who died during the First World War. A community that has mourned these young lives snatched from their family, which always remembers them with affection and points to them as an example of self-denial and sacrifice for those ideals that future generations always cultivate with great love for their country ". 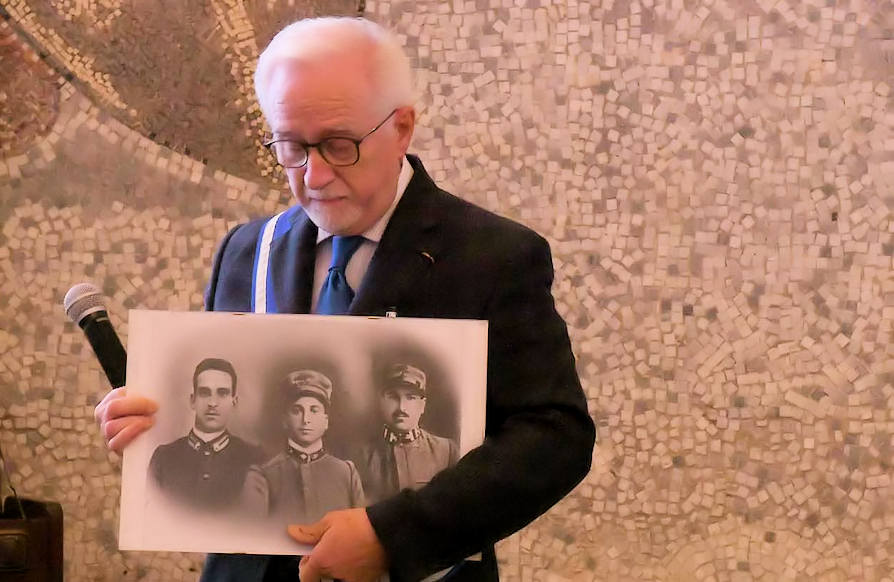 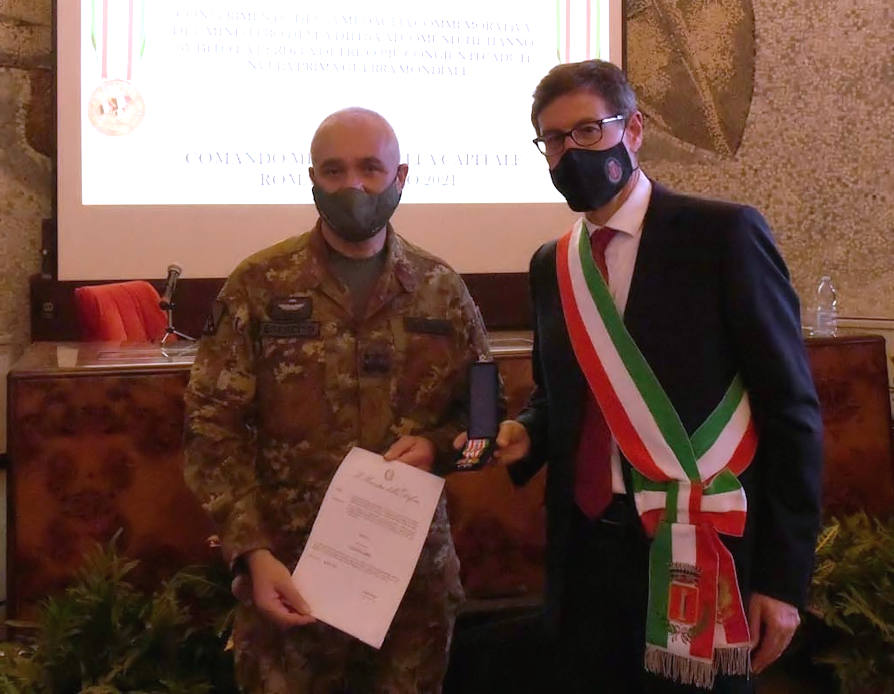 The "European Wind" exercise represents the culmination of an intense training cycle, planned and directed by ...
3652
Read

In recent days, the basic mountaineering course was completed in favor of two reconnaissance platoons of the 173rd brigade ...
7723
Read