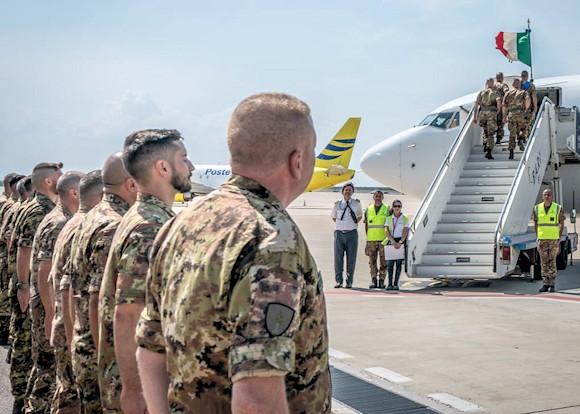 With the departure of the War Flag of the 82nd "Turin" infantry regiment, the men and women of the Italian Army assume the leadership of the Battle Group employed in the enhanced Vigilance Activity - eVA in Bulgaria, in line with the decisions of the Atlantic Pact.

The Army's commitment beyond national borders in UN, NATO, EU and / or bilateral agreements, together with 3.500 military personnel in operational readiness for national and international needs, therefore rises to almost 14 soldiers in 9.000 countries.

About 4.900 soldiers deployed on the national territory both with the “Strade Sicure” operation and with the “Terra dei Fuochi” operation in favor of citizens and local institutions.

The departments of the Engineers are in readiness to carry out reclamation of explosive devices and remnants of war (most of which date back to the Second World War), some weighing hundreds of pounds, often in conditions of considerable complexity.

Also for the summer period 2022, the Army's commitment was renewed in support of the AIB (forest fire prevention) campaign which will last until 30 September and which sees personnel and means of Defense, the Department of Civil Protection and the National Corps working jointly. of the Fire Brigade in the activities of extinguishing fires throughout the national territory. The Army participates in it with a total of 5 helicopters from different Army Aviation Regiments: one HH-412A and one HH-205A in Viterbo, 2 HH-412A in Cagliari and Lamezia Terme, one UH-90A in Rimini, all ready for take-off with their flight crew. 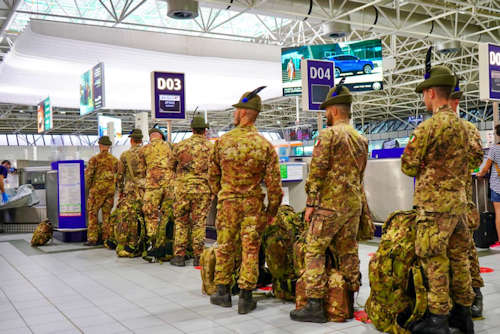 Nuclei specialized in mountain rescue, as well as rescue teams for public disasters remain available throughout the national territory in support of local institutions.

The functionality of the TLC (telecommunications) infrastructures and the Armed Force computer network, necessary to maintain the flow of communications, is also guaranteed without interruption by the work of the Army Transmission specialists, such as logistical support to all units.

An all-round commitment that made by the # EsercitodegliItaliani, characterized by dynamism and a marked professional versatility, which allows the terrestrial component of the Armed Forces to respond to the needs of the country in all circumstances.

High training and high professionalism, resulting from the continuous training and development of new technologies, project the centuries-old history of the Army into the future, once again, in the leading role.

From 5 to 18 September 2022, the “Folgore” parachute brigade participated in the multinational exercise “FALCON ...
7378
Read

The military ceremony for the return of the contingent took place in recent days in Piazza della Vittoria in Gorizia ...
832
Read

Today, at the "Vittorio Bragadin" airport site, home to the 51st flock, the ceremony that took place ...
819
Read

An intense week ended in the late morning of last Friday for the Alpine Army Troops ...
4718
Read