Soldiers first aid the injured in a traffic accident 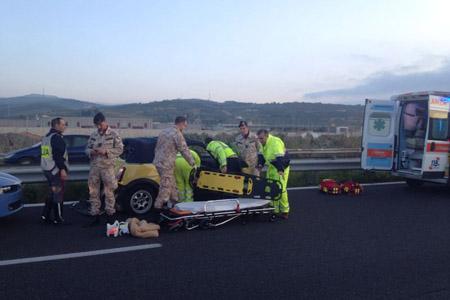 In recent days near the junction of the industrial agglomeration of Termini Imerese, in the direction of Palermo, the bersaglieri of the Aosta brigade, in service in Trapani, have given first aid to two people involved in a road accident.

The soldiers, in whose nucleus there was an ambulance with a nurse marshal, were returning from an exercise, when they arrived at the Termini Imerese junction they noticed a car that had been hit by a truck and inside there were two injured people.

The marshal immediately provided first aid, stabilizing the wounded, while his colleagues proceeded to call the 118 and the traffic police.

The international exercise 'Cerces 2022' has ended, which saw the participation of a unit of the brigade ...
4138
Read