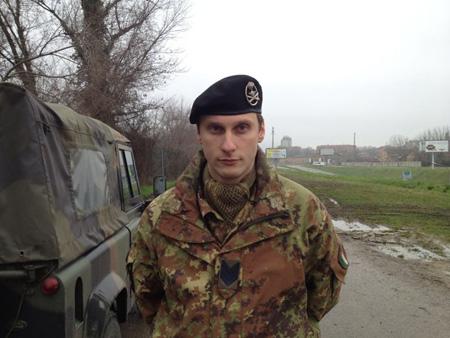 This morning - at about 07.15 - near the Maggiore Hospital in Bologna, the Caporal Major of the Army, Damiano Ricchiuto, became the protagonist of a heroic gesture, foiling the suicide of a young Romanian citizen.

The soldier, under the 121st "Ravenna" Counter-Aircraft Artillery Regiment, during the patrol activity near Via Prati di Caprara as part of Operation "Safe Roads", noticed a man approaching the ledge of an overpass of about fifteen meters high in an attempt to take his own life.

The members of the patrol, with a synergistic action, managed to distract the man from his intent, allowing the Caporal Maggiore Ricchiuto to surprise him behind and to save him.

The other members of the patrol, the 1 ° Caporale Maggiore Capra Roberto and the Corporal Torina Giuseppe, have warned the police and the ambulance, while the colleague Ricchiuto tried to calm the man on the ground, in a state of confusion.

The man, a twenty-eight year old Romanian, was identified by a group of Carabinieri who arrived at the site following the call of the military, and later transported to the hospital for appropriate treatment.

There are about 4.000 men and women of the Army who guarantee, on a daily basis, security on the national territory in the main Italian towns, from Chiomonte to Lampedusa, with the "Safe Roads" operation in collaboration with the police forces in the surveillance of sensitive objectives. , centers for immigrants and patrolling metropolitan areas.

Since the beginning of the operation "Safe Roads" (August 2008), 14 thousand arrests have been carried out, controlled almost 2 millions of people and 1million between cars and motorcycles, seized 8000 vehicles, 600 weapons and 2.100 pounds of drugs. 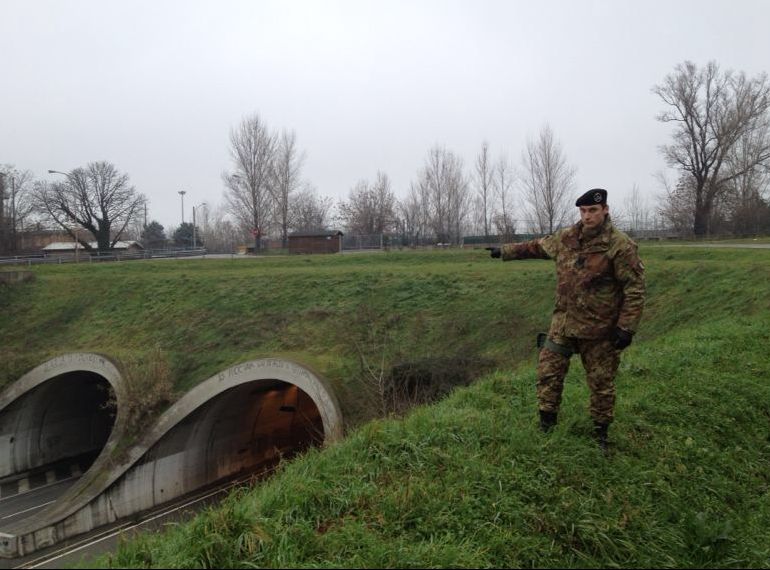 From 5 to 18 September 2022, the “Folgore” parachute brigade participated in the multinational exercise “FALCON ...
7381
Read