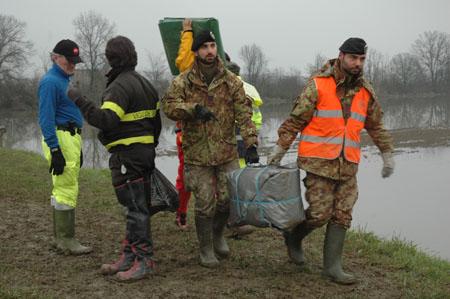 The work of the military intervened, since last week, in the province of Modena continues to help the local populations affected by the flooding of the Secchia and Panaro rivers, followed by recent heavy rainfall.

The army's 90 military, in coordination with the civil defense, have moved the attention, over the weekend, on patrolling the banks of the Secchia and Panaro rivers and the connected canals, which in many places have eroded the banks.

Restoration operations with bags on the ground continue incessantly (the last one committed 10 military until late at night yesterday) while other staff check the level of river water with motorized and uninterrupted patrols of the Minutara and the Naviglio canals in Bomporto. The situation of the Minutara channel is still a concern, which is why the military carry out ad hoc patrols in the areas indicated by the operations room of the Municipality of Bomporto.

The Armed Forces, thanks to the "dual use" capability of the Departments of Engineering, in addition to the operational commitment in international missions, is able to intervene, in cases of public calamity, throughout the national territory. 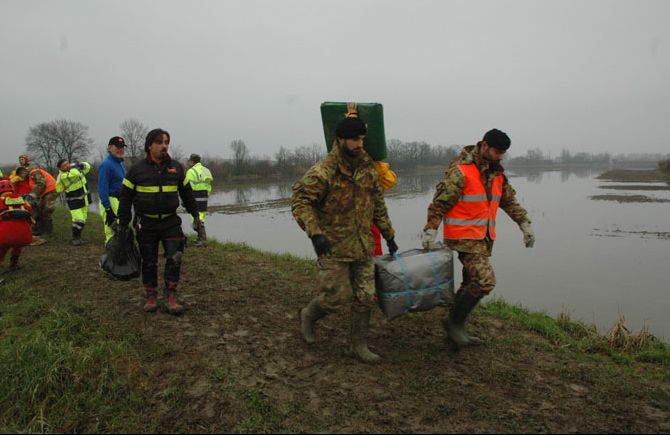 From 5 to 18 September 2022, the “Folgore” parachute brigade participated in the multinational exercise “FALCON ...
515
Read

The multinational exercise Saber Junction 2022 ended in recent days at the Hohenfels base (GER), ...
1023
Read

The military ceremony for the return of the contingent took place in recent days in Piazza della Vittoria in Gorizia ...
619
Read

It took place in recent days, in the presence of the commander of the Terrestrial Operational Support Forces, general of ...
767
Read

It took place yesterday morning in the “G. Perotti ", in the presence of the commander of the Land Operational Forces of ...
866
Read

180 aspiring marshals have crossed the gate of the Army Petty Officer School to face the ...
757
Read

Today, at the "Vittorio Bragadin" airport site, home to the 51st flock, the ceremony that took place ...
785
Read

An intense week ended in the late morning of last Friday for the Alpine Army Troops ...
4639
Read