Bad weather: Army in action with military 250 across Italy 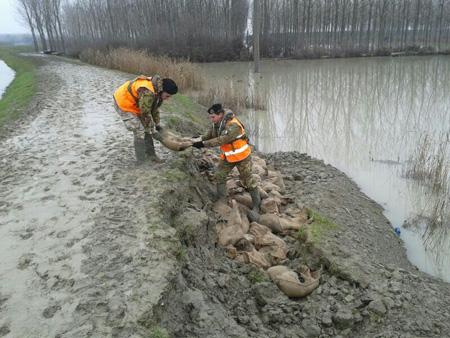 There are about 250 Army soldiers engaged in these hours to deal with the bad weather emergency and to help the populations affected by flood events throughout Italy. Yesterday, at the request of the Prefect of Rome, the Army intervened in the municipality of Fiumicino with a team of specialists, three reconnaissance vehicles and two water pumps.

Since last Friday, however, at the request of the Prefecture of Belluno, about 120 soldiers are operating with 4 BV206 (special tracked vehicles born to operate in extreme and snowy climates), 5 wheel loaders, 1 rotated backhoe, 3 Astra trucks for recovery traffic conditions and snow removal in the municipalities of Alto Cadore.

Furthermore, the intervention of the Army in favor of the population of Modena started on January 19 following the overflow of the river Secchia. The soldiers, who intervened from the first hours of the bad weather emergency, are engaged in the municipality of Bomporto (MO) in patrolling activities for the control of the embankments of the Naviglio, which swelled following the new disturbance that affected the area.

The Army soldiers, in the hours immediately following the overflowing of the river, took steps to rescue personnel forced to leave their homes flooded due to the flooding of the Panaro river, they distributed camp cots, blankets and sheets and contributed to stem the flooding of the river by building barriers with sandbags and with special means and equipment of the genius.

Even in the next few hours, the special vehicles of the Army genius will continue to operate throughout the peninsula to help citizens in difficulty and to facilitate the restoration of traffic in areas affected by bad weather.

The Armed Force, thanks to the 'dual-use' capacity of its engineering departments, in addition to operational use in international missions, is able to intervene in cases of public disasters and usefulness, at any time, throughout the Italian territory. support of the national community as happened last November in Sardinia and in Pisa last Friday for the installation of the reinforcement bulkheads on the banks of the Arno. 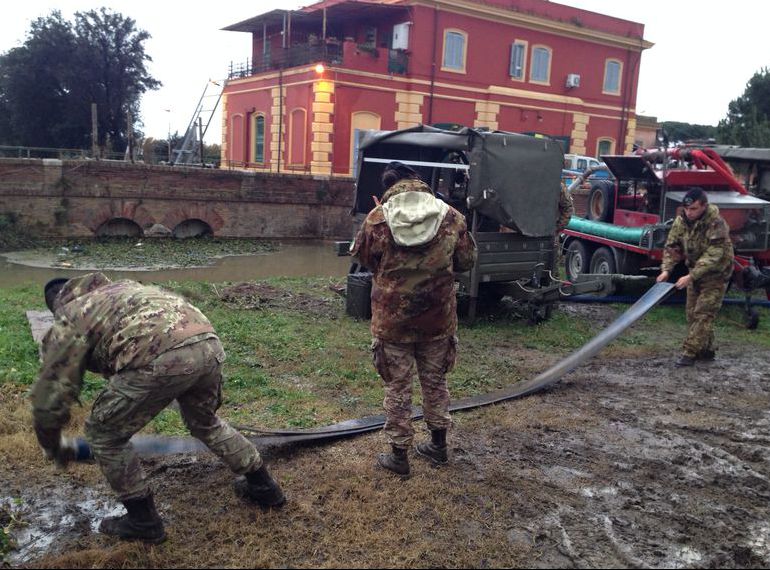 From 5 to 18 September 2022, the “Folgore” parachute brigade participated in the multinational exercise “FALCON ...
7354
Read

The military ceremony for the return of the contingent took place in recent days in Piazza della Vittoria in Gorizia ...
829
Read

It took place yesterday morning in the “G. Perotti ", in the presence of the commander of the Land Operational Forces of ...
1058
Read

180 aspiring marshals have crossed the gate of the Army Petty Officer School to face the ...
793
Read

Today, at the "Vittorio Bragadin" airport site, home to the 51st flock, the ceremony that took place ...
818
Read

An intense week ended in the late morning of last Friday for the Alpine Army Troops ...
4716
Read