Home News armed forces Land The Army starts the celebrations for the 15th ... 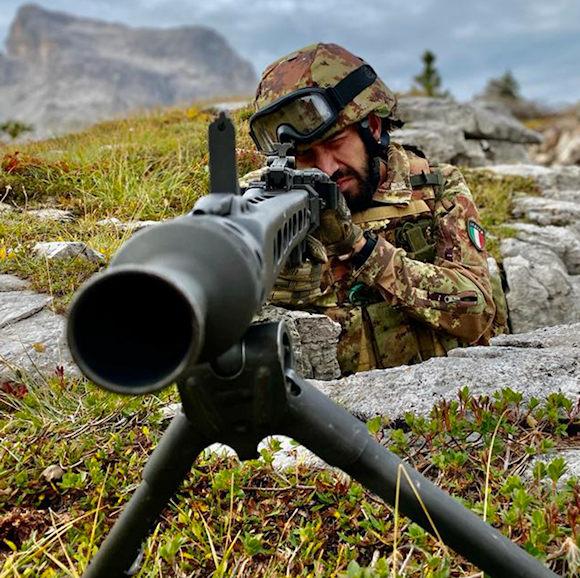 The first of a series of cultural, celebratory, training and sporting events and activities that, during the year, will accompany the black feathers in service and on leave along a path that will end on October 21, with a national event in Naples to celebrate the 15th anniversary of the foundation of the Alpine Corps.

2022 marks a significant stage in the history of the Alpine troops: on 15 October 1872, in Naples, Vittorio Emanuele II signed the Royal Decree which sanctioned the birth of the first mountain companies of the Royal Army, intended to defend the valleys on the borders of Italy.

This is the first stage of a cycle of conferences whose theme is "Alpini 1872/2022: the mountain troops guardians of memory, an example of solidarity", organized by Alpine Troops Command of the Army and ANA, in synergy with the Interuniversity Center for historical-military studies and research, an institution that is also taking care of the creation of a volume in English dedicated to the history of the Alpine troops. The other stages of the cycle will be in Trento (in March), Brescia (April), Vicenza (June), Udine (July) and Teramo (September).

The Army Chief of Staff with a video message underlined: “Today, 150 years after their constitution, the Alpine Troops represent a fundamental component of the Army, rooted in its past and projected towards the future. In this path, they have long been supported by the National Alpine Association, whose merits are too many to be listed. To all the Alpine troops, on duty and on leave, to their commander and their president, I address my greeting on the occasion of the first event celebrating a milestone, 150 years of history, which also marks a starting point for other prestigious objectives. "

General Ignazio Gamba, commander of the Alpine Troops, said: "2022 opens with renewed expectations and we all hope to be able to get back moments of alpine aggregation such as the National Gathering of Rimini-San Marino, but above all to experience a rich program of anniversaries and celebrations that will lead us to the important anniversary of the 150th anniversary of foundation of our glorious Body on October 15th ". 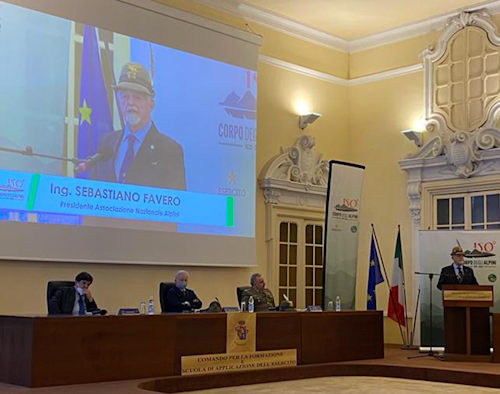 The national president of the ANA, ing. Sebastiano Favero added: "For the Alpine troops it will be a year historically rich in meaning, which we will celebrate by aiming to draw indications from it with an eye to the future."

The calendar foresees, in the month of March, at the Palazzo Alti Comandi, headquarters of the Alpine Troops Command, the exhibition of commemorative panels inside the recently renovated rooms.

The Alpine Army Troops, between 8 and 13 March, will give life in Sestriere to a complex training event, which will expand the spaces and times of the traditional exercise called "White Fox", dedicated to mountain combat, while in April, in Cortina d'Ampezzo and Macugnaga (VB), they will coordinate a triathlon competition. This year also the traditional “Vertigo” exercise, dedicated to the military dimension of verticality, in September, in the Dolomites, will be structured over two weeks.

In May and June, the Alpine brigades Taurinense e Julia will organize, associating them with on-site events, some Staff Ride activities, or historical-military reconstructions with a training cut, on the places of some great battles (eg Monte Grappa, Pal Picol, etc.) to understand the reasons that led the commanders to make operational decisions.

Among the most exciting events, in the summer months, ascents will be carried out on 150 Italian peaks: they will be divided into "extra difficult" (assigned exclusively to highly qualified staff of the Alpine Training Center), "Difficult" (climbs from the "alpieri" platoons) and "easy" (climbs at the level of alpine company). Among the peaks that will be reached there are Mont Blanc, Matterhorn, Monte Rosa, Gran Paradiso, Monte Matto, Punta Roma, Punta Udine, Monte Argentera, Monviso, Gran Sasso, Ortles, Cima Libera, Tofana di Rozes, Campanile god Val Montanaia. 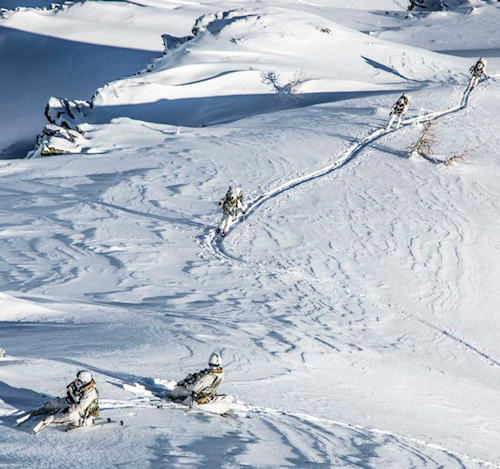 Another highly symbolic event is the Ventimiglia-Trieste Relay which, carrying the torch of peace, symbolically lit during the National Gathering of Trento in 2018, will cover - between May and June - the entire Alpine arc (with an offshoot on the Abruzzo Apennines) and will be entrusted, in two tranches divided into dozens of stages, to hundreds of soldiers of the two Alpine brigades Taurinense e Julia. in collaboration with the ANA Sections of the territories along the route.

Also in May, theNational Gathering of the Alpine troops, which will be held between 5 and 8 in Rimini and San Marino, will celebrate the anniversary with particular solemnity, parading the War Flags of all the Alpine departments of the Army.

The promotional activities will also be intense, with the Alpine Troops directly involved in the management of the Army stands in Verona and Turin. In addition, a rich business of road show, aimed at showing the activities, equipment and peculiarities of the Alpine Army Troops, will be concentrated in the cities where the ANA Grouping Meeting is located and therefore Asiago (July), Ivrea (September), Lecco and Naples (October).

There are numerous training, promotional and sporting activities planned, which will be used to lead towards the Military Tattoo, the great review of Alpine Fanfare, on October 15 in Naples.
The Alpini will conclude their "150th year" on 11 December in Milan, in the Duomo, celebrating the Mass of thanksgiving and remembrance.

The site is dedicated to the activities for the 150th Anniversary of the Alpine Corps www.alpini150.it.