Home News armed forces Terra The Army at the "CyberChallenge.IT 2022"

The Army at the "CyberChallenge.IT 2022"

In recent days, a representation of six officers frequenting the Broadcasting Army and the Corps of Engineers of the Training Command and Application School of the Army participated in the national final competition of the CyberChallenge.IT 2022, Italian training program for young IT security talents, organized by National Cybersecurity Laboratory of CINI (National Interuniversity Consortium for Informatics), with the patronage ofNational Cybersecurity Agency and the Ministry of Defense.

The tender concluded the training and development course of specialized skills related to the world of cybersecurity which involved around 5300 participants, between 16 and 24 years old, belonging to the teams of each of the 34 locations that joined the project (31 universities and Center of Competence in Tuscan Cybersecurity, the Command for Training and Application School of the Army of Turin and the Air Force Academy of Pozzuoli).

The young experts of the major Italian universities, who most distinguished themselves for their specific skills, have given rise to a complex type competition Capture the Flag (CTF), in which each team was called upon to attack the opponent's IT infrastructure, while protecting their own and preventing others from taking control.

A very demanding competition that required extensive skills and significant skills in the conduct of offensive and defensive techniques that ranged from encryption to the management of server and source code analysis.

The commander of the Training Institute, Major General Mauro D'Ubaldi commented as follows: "It is essential that our young Commanders have the ability to understand the immanence of the threats that have also moved from the real world to that 'virtual' world which is now an integral part of the challenges to be confronted, as recently underlined by NATO in the strategic concept 2022 ". The goal of CyberChallenge.IT is to encourage young people to become future cybersecurity professionals serving the country system. Objective also shared by the Ministry of Education, which has recognized since 2020 CyberChallenge.IT among the projects for the enhancement of excellence. 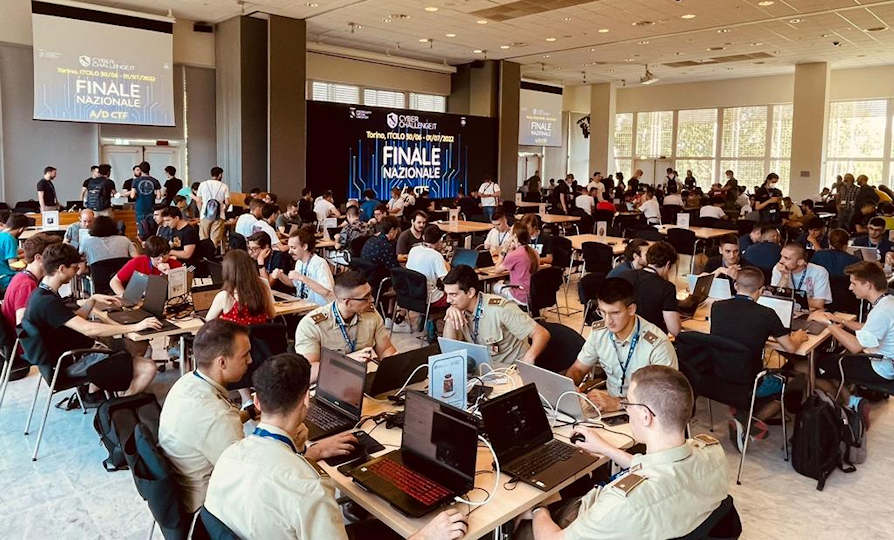 With the departure of the War Flag of the 82 ° Turin Infantry Regiment, the men and women of the Army ...
1375
Read

In recent days, a team of bomb squads from the Italian Army, under the 10th genius sappers regiment of ...
633
Read

As part of the bilateral military cooperation between Italy and Oman, the working visit of three ...
5197
Read

The recruitment activity continues at the four training regiments, the 235th of Ascoli, the 17th of Capua, the 80th ...
872
Read

Last week, at the "Cesare Battisti" barracks in Aosta, the training phase in "high ...
8467
Read