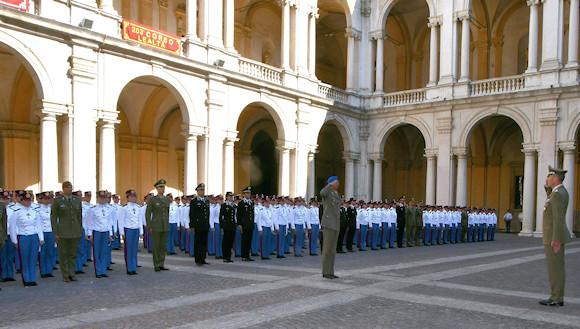 The closing of the Academic Year 2021/2022 took place in the Court of Honor of the Military Academy. The ceremony was chaired by the commander of the Military Academy, Major General Davide Scalabrin who, after the awarding of the students who distinguished themselves in military studies and disciplines, drew up a brief balance of the year just ended, thanking all those who made it possible the achievement of excellent results.

Then addressing the attending officers and students of the 202nd "Honor" course and the 203rd "Loyalty" course, General Scalabrin expressed his satisfaction with the level achieved, emphasizing to the attendees that “In the future, challenging new challenges await you. Face them with the determination that you have shown every day, confident and sure of your abilities, as well as always faithful to the oath sworn before the flag of the Institute ". The commander of the Military Academy also officially greeted the next second lieutenants of the "Honor" course who, after two years of commitment, are preparing to leave Modena to continue training at the Turin and Rome offices, with the exception of future second lieutenants of the Corps of Engineers, the Health Corps and, from this year, also the officers of the Transport and Materials Service who will finish their studies in Modena.

As the final act of the two-year academic year, the elected head of the regiment handed over to the commander of the Military Academy the pennant of the 202nd "Honor" course, which will be kept in the hall of the historical museum dedicated to the custody of the memories of the academic courses. With a very brief greeting to the official students of the 202nd "Honor" course, the godfather of the course, Lieutenant Colonel Gianfranco Paglia, Gold Medal for Military Valor, wanted to underline how the conclusion of the two-year academic year marks, in a marked and clear way, the 'beginning of that complex path that every Officer will be called upon to follow in order to reach, in an optimal manner, the set objectives and be able to face all the new challenges related to the national and international context in which the Armed Force will be called upon to operate.

Among the numerous civil and military authorities present was also the mayor of the city of Modena, Dr. Gian Carlo Muzzarelli, who addressed a greeting address to the 202nd course confirming the affection and closeness of the citizens of Modena to the Military Academy and to the Institution which it represents, testifying to the deep bond that unites the Institute, and entire generations of officers, to the Emilian town.

Last week, at the "Cesare Battisti" barracks in Aosta, the training phase in "high ...
8433
Read

It took place yesterday, in the presence of the commander of the Southern Operational Forces, general of the army corps Giuseppenicola ...
1471
Read 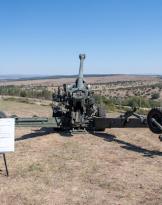 This morning, the Commander for Training, Specialization and Doctrine of the Army, general of the army corps ...
4228
Read