The 4 ° regiment of genius breakers intervenes 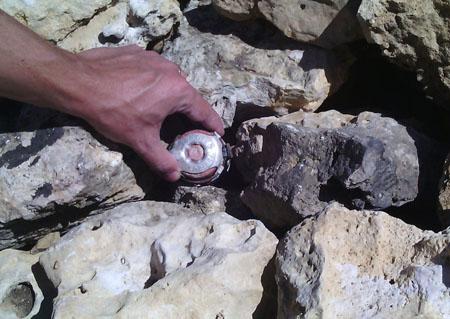 The 4 ° regiment of genius warriors of Palermo, of the "Aosta" brigade, continues its work of reclamation of unexploded ordnance found in Sicily.

The sappers intervened in the June 26 in the municipality of Monreale (PA), and exactly on Monte Petroso in the hamlet of San Martino delle Scale, where an Italian 75 mm artillery project was found, the bomb was loaded with explosives high potential (HE), army soldiers destroyed the war remnant.

Another similar operation, the following day, the 27 June in the municipality of Buseto Palizzolo (TP), in the Gambina district, where an 75 mm artillery project was also found, the device was loaded with high-potential explosives (HE) but this time it turned out to be of German nationality; also in this intervention the war remnant was destroyed by the army sappers.

The last intervention on 1 July in the town of Syracuse, here the soldiers of the 4th Engineer Regiment intervened in the locality of Frescura on an Italian SRCM hand grenade. The war remnant was stuck in a dry stone wall, also in this case the bomb was destroyed by the military. 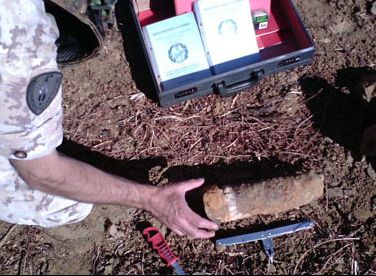 In all the interventions specialized teams of the 4 ° regimental genius regiment of Palermo were employed; in fact the sappers that came into action possess a particular EOD (Explosive Ordnance Disposal) specialization, but they are more commonly referred to as bomb disposal personnel; the regiment intervenes at the request of the Prefecture and under the coordination of the 2 Defense Forces Command (2 ° FOD) of San Giorgio a Cremano (NA). All the destruction operations carried out by the military were preceded and then carried out with special technical devices in order to eliminate any risk for people and places. The technical skills of the personnel and the means supplied to the army guarantee the precious intervention in the case of public utility and for the protection of the environment.

From the 2000 to the 2013, the EOD cores of the army genius departments have carried out over 37.000 specialized interventions for the clearance of explosive devices. reclamation in the Sicilian territory, with the relative defusing or destruction of the ordnance found.