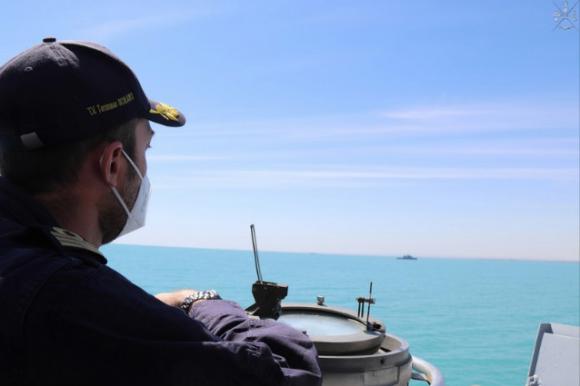 The offshore patrol boat Vega, arrived yesterday morning in the waters in front of the port of Gabes, was authorized by the Tunisian authorities to approach the point where the cargo ship sank I xelo, flying the flag of Equatorial Guinea and with a load of 750 tons of fuel.

The Navy unit moored at anchor near the point, in order to be able to provide assistance to the operations carried out by the Tunisian authorities for the safety of the affected area.

Following a meeting between the representatives of the Navy and the Tunisian delegation in charge of operations, Nave Vega is preparing the team of Diving Operations Group (GOS) embarked for the specific mission, in order to proceed to inspect the wreck through the use of the remotely piloted means supplied in order to provide the Tunisian authorities with useful elements to evaluate the situation in progress and define the necessary actions to be implemented .

The patrol boats of the class Cassiopeia, of which the Vega is the most recent unit, they were built within the scope of Law No. 979 of 31 December 1982, better known as the "Law on the defense of the sea" and are equipped with specific specific equipment for the fight against marine pollution.