Home News armed forces Land The oath of the students of the M ... 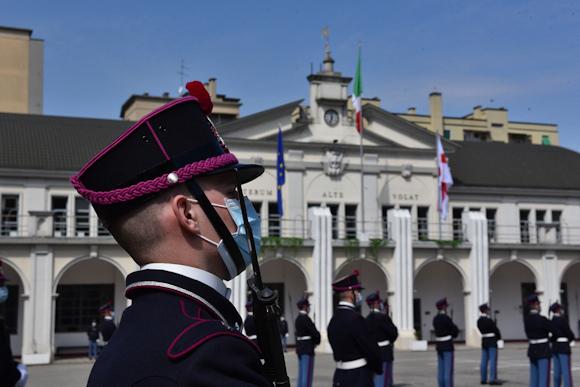 It took place this morning, in the 1st Tricolor square of the Institute, in the presence of the Minister of Defense, the Hon. Lorenzo Guerini and the Chief of Staff of the Army, Corps General Pietro Serino, the ceremony of oath of allegiance to the Italian Republic of the 52 students of the “BUFFA DI PERRERO III” course of the “Teulié” Military School.

The solemn act, which took place before the Flag of the Institute and sealed with the traditional formula of the oath, pronounced by the commander of the School, Colonel Daniele Pepe, sanctions the full entry of the students into the ranks of the Army.

In addressing the very young students, the minister recalled the importance of education and values ​​in the world of defense, underlining that: “From the classrooms of this Institute came not only valiant commanders, but men of culture, politicians, professionals, diplomats, different figures but all united by a vision of life centered on duty, a sense of responsibility and honor. Teulié has all the potential to guarantee you training that can form the basis for achieving the most prestigious personal goals. A global formation, in which moral values ​​are the foundations on which to realize your cultural, physical and character preparation ".

General Serino, during his speech, welcomed the jurands to the Army family: “A family that you will be part of all your life, even if your choices will lead you to wear another uniform, or a civil suit. The friendships that you will make within these walls, the bonds that will unite you to all those who have attended the 'Teulié' before you and who will attend it after you and, above all, the values ​​you will learn here will accompany you on your human and professional journey , they will never abandon you and will always make you feel connected to the Army ". 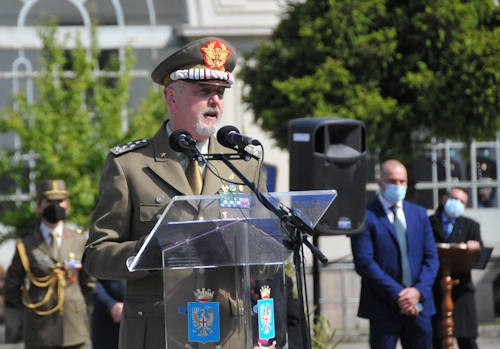 Present at the ceremony were the deputy mayor of Milan, Dr. Anna Scavuzzo, the deputy prefect, dr. Natalino Manno, the auxiliary bishop of the Diocese of Milan, Msgr. Erminio De Scalzi, the Councilor for the Development of the Metropolitan City, Youth and Communication, dr. Stefano Bolognini, together with other civil and military authorities and a representative of the Combat and Weapon Associations and the Teulié Alumni Association.

Special thanks to the families of the students who, following the ceremony in streaming, in full compliance with the provisions issued on the subject of contrasting and containing the COVID-19 epidemic, entrusted their daughters and sons to the School and the Army.

The Italian Army, through a public competition announced annually, offers the possibility to all boys and girls who have successfully completed the second year of classical and scientific high schools to continue their three years of studies at military high schools. It is these days the publication on the Army website (www.esercito.difesa.it) of the announcement for the admission of young people to secondary schools attached to the “Teulié” Military Schools of Milan and “Nunziatella” of Naples.

The Milanese Institute guarantees a vast and profound preparation, particularly attentive to the completion of all the educational programs provided by the MIUR, including in the training course disciplines that favor the ethical - moral, cultural and physical training process of the students through the application of a code of conduct inspired by military rules. The transversality of military culture is presented to students as an educational platform on which the values ​​and knowledge necessary for the development of skills that can be used in any context are grafted.

In its more than 200 years of existence, the "Teulié" Military School has confirmed itself as an undisputed national excellence, which has trained and continues to train hundreds of young people who annually integrate both military and civilian cadres from the world as men of culture, industrialists, diplomats, politicians but, always and in any case, exemplary citizens. 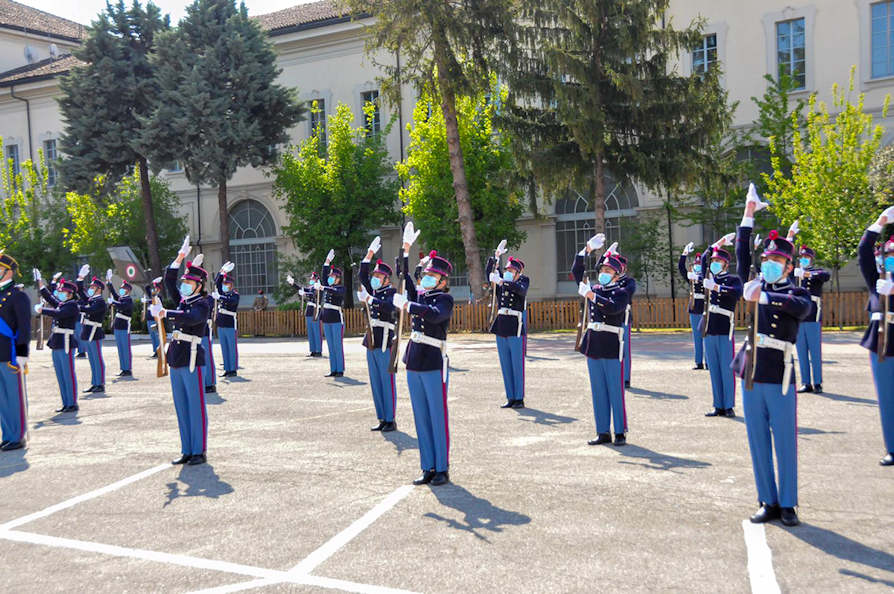 The general of the army corps, Rosario Castellano, military commander of the capital, handed over to the mayor of ...
255
Read

In order to consolidate the interoperability capabilities between units of the Armed Force, also in a multinational key ...
528
Read

In the training area of ​​Carpegna, units of the 11th Bersaglieri Regiment of Orcenico Superiore (PN) carried out a ...
886
Read

The exercise in the mountain environment of the STINGER units of the 17th anti-aircraft artillery regiment ended "...
490
Read

The training activity aimed at maintaining the combat capacity of the nuclei was concluded in recent days ...
597
Read

The Army Aviation (AVES) celebrates the 70th anniversary of its establishment today. Its story begins on 10 ...
1243
Read

The alternation ceremony for the command of the Brigade was held yesterday in Sassari, at the "La Marmora" barracks "...
793
Read