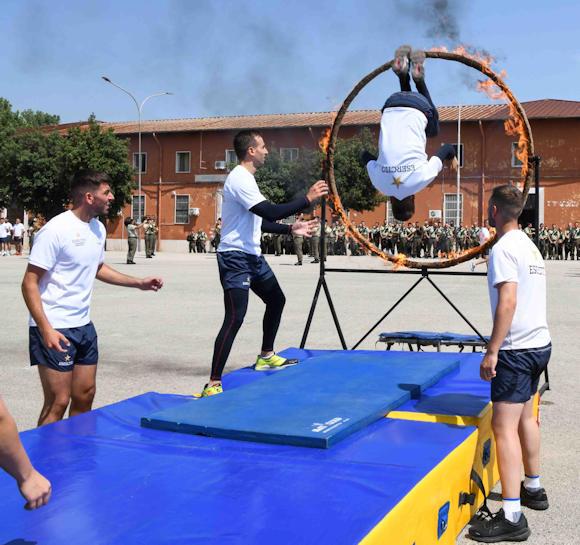 In recent days, in Caserta, Trapani, Cosenza, Altamura and Teulada, at the Bersaglieri regiments of the COMFOP Sud, the celebrations for the 186th anniversary of the foundation of the Corps took place, during which a tribute was paid to the feathered infantrymen of all the eras, remembering their exploits and history from the origins to the present day.

It was June 18, 1836 when, after years of work and countless difficulties, General Alessandro Ferrero de La Marmora obtained, with Royal Patent, the establishment of the Corps of Bersaglieri, thus realizing his idea, very innovative for the time, of forming a new specialty of light, fast and versatile infantry, made up of men resistant to fatigue, quick to move, with excellent aim, capable of promptly obeying orders but also to know how to act on their own initiative. Since then, after the "baptism of fire" of the battle of the Goito Bridge, during the First War of Independence, the plumed infantry have been present in the main military campaigns, distinguishing themselves in the most delicate missions.

In Caserta, at the "Ferrari Orsi" barracks, headquarters of the "Garibaldi" bersaglieri brigade and of the 8th bersaglieri regiment, a military ceremony was held, during which honors were paid to the fallen and the highly decorated war flag of the regiment , in the presence of the commander of the Southern Operational Forces, general of the army corps Giuseppenicola Tota, the commander of the brigade, brigadier general Massimiliano Quarto, the prefect and the mayor of Caserta, dr. Giuseppe Castaldo, and Caserta, lawyer. Carlo Marino, and the representatives of the civil and military institutions of "Terra di Lavoro" and of theNational Bersaglieri Association. Subsequently, in the best tradition of the bersaglieresco spirit, the plumed infantry of the "Great Eighth" performed in the "gymnastic essay" which culminated with the jump into the circle of fire. In addition, the staff of the "Garibaldi" brigade, with their families, were able to attend demonstrations of techniques of Military Combat Method and other competitions among the military in practical training activities.

In the days preceding the 1st Bersaglieri regiment, unit of the “Garibaldi” brigade, celebrated the anniversary of the specialty in Cosenza, in the presence of the prefect Dr. Vittoria Ciaramella, of the mayor Avv. Francesco Caruso and a representation of students from the “Roberta Lanzino” and “Don Milani-De Matera” Comprehensive Institutes, the “Family Primary School” and the “La nuova Orsa Maggiore” school in Rende.

At the end of the ceremony, which was also attended by the Combat and Weapon Associations and the staff of the regiment with their families, the Prefect of Cosenza was awarded the title of “ad honorem” bersagliere. 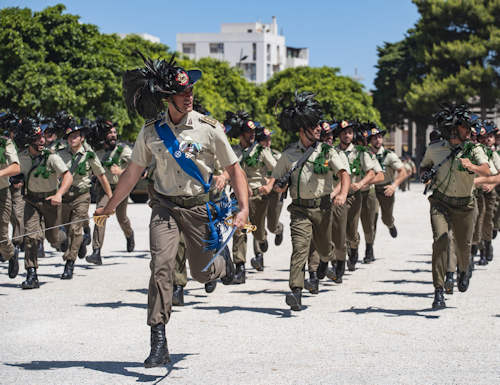 In Trapani, the 6th Bersaglieri regiment of the “Aosta” Brigade, together with the historic anniversary of specialties, also celebrated the thirtieth anniversary of the arrival of the plumed infantry in the Sicilian city in the “Luigi Giannettino” barracks.

The ceremony, which began with the deployment of armed units for the surrender of honors to the Regimental War Flag, continued with the traditional concert of the fanfare which, performing some of the Corps' most famous pieces, was the soundtrack to the gymnastic essay. . The mayor of Trapani, Giacomo Tranchida, participated in the event together with civil, military and religious authorities and the Combat and Weapon Associations of the city.

The 7th Bersaglieri regiment, department of the "Pinerolo" brigade, celebrated a short and heartfelt ceremony inside the "Trizio" barracks in Altamura, followed by the traditional gymnastic essay which was particularly appreciated by the authorities present, including the Deputy Mayor Raffaella Petronelli, the local representatives of the National Bersaglieri Association and the families of the soldiers who attended the event.

The 3rd Bersaglieri Regiment celebrated the anniversary of the specialty in Teulada and, on the occasion, placed a laurel wreath at the monument in memory of the five soldiers who died in a road accident in 1976. The 186th anniversary also took on a particularly profound significance for the 3rd regiment which, on June 18, was engaged in Rome for the guard of honor at the Altare della Patria. The Bersaglieri, belonging to the “Sassari” Brigade, on the day of their anniversary, symbolically protected the national identity and fundamental values ​​of the Republic, honoring all the fallen and missing in war represented by the “Unknown Soldier”.

Also this year the Army participated with an information stand in the well-known event dedicated to the world of comics, the...
259
Read