Home News armed forces Terra The chief of SME meets the commander of the ... 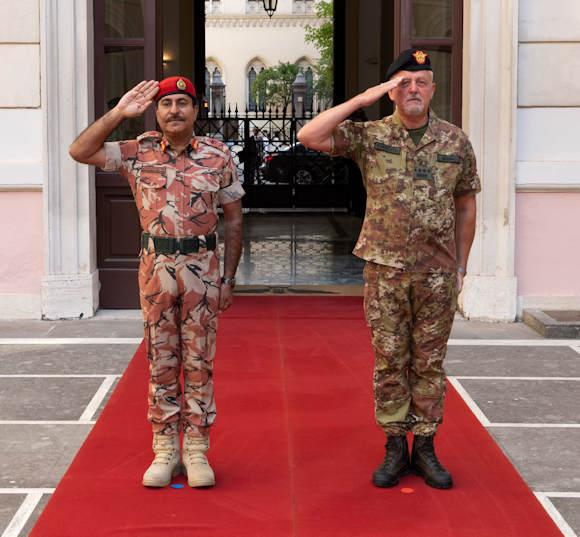 As part of the bilateral military cooperation between Italy and Oman, the three-day working visit of the commander of the Royal Omani Army, Major General Matar bin Salim bin Rashid Al Balushi and his delegation to Italy ended today.

The delegation was received, upon arrival at the Army Palace, by the Army Chief of Staff, Corps General Pietro Serino. During the meeting, General Serino expressed his satisfaction with the solid and lasting relationship of collaboration established between the two armed forces, underlining the current sense of friendship and cooperation in the various fields of training and education, illustrating the level of the Italian Army and the operational missions in progress.

On the same day, the Omani authorities went to the Army's counter-aircraft artillery command, at the Santa Barbara barracks in Sabaudia where the delegation, welcomed by the commander of the counter-aircraft artillery, Brigadier General Giuseppe Amodio, attended a briefing on the specialty, during which the anti-aircraft and anti-missile defense capabilities of the medium range SAMP / T (Surface Air Medium Range / Terrestrial) and very short range were highlighted Stinger. The antidrone component of the Army was also presented, represented by Center of Excellence Counter Mini / Micro Remote Pilot Aircraft and the operational capabilities, expressible assets and technologies available to the 41st “Cordenons” regiment for battlefield surveillance activities were illustrated. 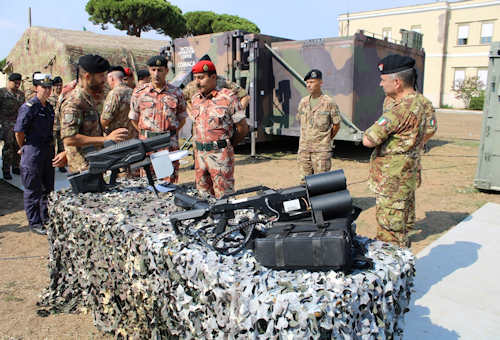 Subsequently, at the Cavalry School of Lecce, the Army Chief of Staff and the commander of the Royal Oman Army, welcomed by Brigadier General Claudio Dei, commander of the School, were able to view the new combat platforms recently. and future introduction into service in the Armed Force: the Medium armored vehicle (VBM) “Arrow” and the armored bus "Centaur 2".

At the tensile structures that accommodate the VBM Freccia - in the "counter-tank", "mortar holder", "combat" configurations - and 3 busway units Centaur 2, the Omani delegation was able to view the two platforms live and speak with the instructors of the Cavalry School and with the specialist technical staff.

During the meeting, the two Commanders underlined the importance of collaboration between the two armies and formalized the availability of the Italian Army to support the training of Omani personnel in its own structures, thus renewing the training offer already provided in the years spent in different armies in the Middle East and exploring new areas of cooperation, as well as new training courses on wheeled vehicles in use or future use of the two armies. 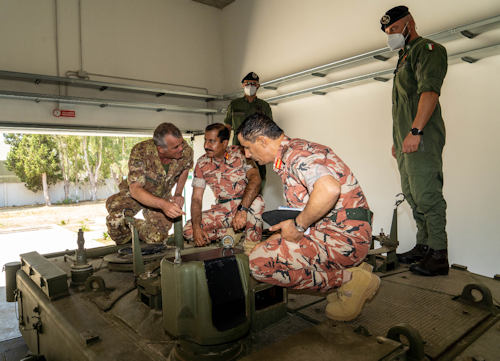 General Serino expressed satisfaction to the staff of the Cavalry School for the commitment that has always been lavished, underlining the shared attention, with the Omani counterpart as well as with the chiefs of staff of the Armies of other European (and non-European) countries with whom has had the opportunity to confront, on the armored and armored land forces.

This interest allows the development and growth of technological capabilities and, at the same time, the diffusion of the excellence of the national industry in the defense field, guaranteeing the promotion of the country system.

The visit ended with the signing of the Roll of Honor on the occasion of which the commander of the Royal Omani Army thanked Italy and the Army for their hospitality and confirmed the solidity of relations between the armies of the two countries , reaffirming the satisfaction and the common desire for cooperation as well as reaffirming the commitment to make the utmost effort to implement it.

From 5 to 18 September 2022, the “Folgore” parachute brigade participated in the multinational exercise “FALCON ...
1388
Read

The multinational exercise Saber Junction 2022 ended in recent days at the Hohenfels base (GER), ...
1037
Read

The military ceremony for the return of the contingent took place in recent days in Piazza della Vittoria in Gorizia ...
636
Read

It took place in recent days, in the presence of the commander of the Terrestrial Operational Support Forces, general of ...
777
Read

It took place yesterday morning in the “G. Perotti ", in the presence of the commander of the Land Operational Forces of ...
880
Read

180 aspiring marshals have crossed the gate of the Army Petty Officer School to face the ...
758
Read

Today, at the "Vittorio Bragadin" airport site, home to the 51st flock, the ceremony that took place ...
788
Read

An intense week ended in the late morning of last Friday for the Alpine Army Troops ...
4645
Read