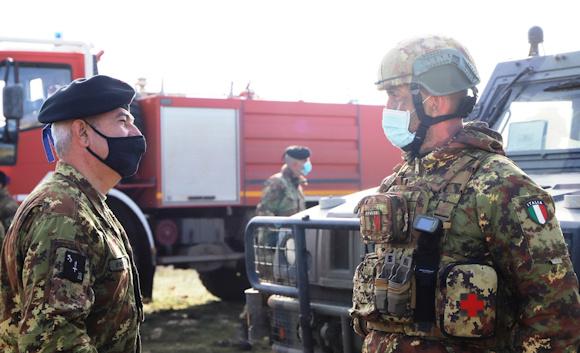 The 9th "Bari" infantry regiment, a unit employed by the "Pinerolo" brigade, concluded last week at the occasional shooting range of Tor di Nebbia and in full compliance with the provisions issued by the government on the containment of the CoVid 19, the final exercise that made it ready for use, from next year, of its own company in the JRRF (Joint Rapid Response Force) basin.

The JRRF is a pool of capabilities and inter-force assets with very high operational readiness from which to draw to ensure a rapid response to national needs (excluding ongoing operations and tasks deriving from provisions of law) and multinationals (NATO / EU).

Modern military operations increasingly require the Armed Forces to work in an integrated way, both nationally and multinationally, for this reason the intense training cycle of the rapid reaction forces is focused on increasing the ability to operate in joint environments; in particular, the conclusion of the exercise saw a minor complex engaged in an intense multi-weapon fire activity conducted in full compliance with environmental regulations. 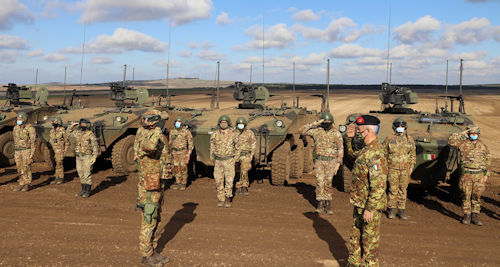 The training allowed the "Pinerolo" soldiers to perfect the correct technical-practical procedures of specialties and at the same time to increase the amalgamation of the crews operating on the Medium Armored Vehicles (VBM 8X8) "Freccia".

The activity took place in the presence of the commander of Southern Operative Forces Command, general of the army corps Giuseppenicola Tota, accompanied by the commander of the "Pinerolo" brigade, brigadier general Giovanni Gagliano.
General Tota, in greeting the men and women of the 9th regiment, expressed his appreciation both for the commitment and for the training results achieved.

The commander of the Northern Operational Forces, general of the army corps Roberto Perretti, greeted yesterday, at the ...
5471
Read

In the Aula Magna of Palazzo Arsenale, the historic headquarters of the Army Training Command and Application School ...
683
Read