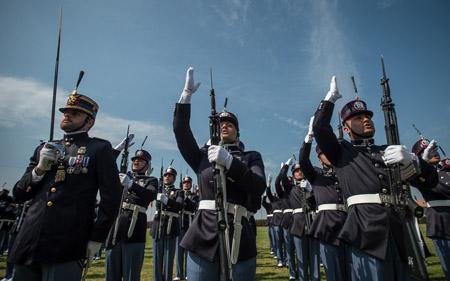 This morning in Viterbo, in the presence of the Army Chief of Staff, General Claudio Graziano, the oath of loyalty to the Republic of the 16 Army Field Marshals course was held.

The army chief of staff, after greeting and thanking the intervened authorities, sent a deferential thought to the fallen, the wounded and their families. General Graziano, in his speech, underlined the role of the marshal, platoon commander and his formation. "Today the platoon commander could find himself operating in isolation and being the maximum operative expression of the State in crisis areas. For this he must be trained to deal with local authorities, non-governmental organizations, and representatives of other countries, continuing to command his own men in a situation of high risk ". 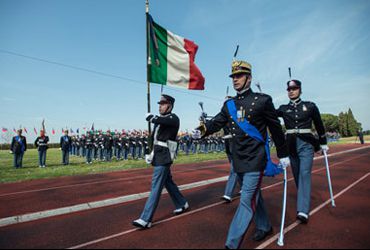 "In this historical phase our attention is focused on operational departments and above all on staff training, because only by building capable leaders and trained soldiers can we overcome the challenges of the future and deserve the attention of the country. From missions abroad we have learned what training and "Training is so important that it has become a new task in future peace operations. It is only through the training and training of local forces that the security, democracy and unity of those countries can be guaranteed." "- concluded General Graziano -" the Army is committed to supporting the Libyan security forces in Cassino, where the instructors are actually marshals, as you will be, who in this way contribute to international security ". The ceremony was attended by Lieutenant Colonel Gianfranco Paglia, Gold Medal for Military Valor for the IBIS mission in Somalia, which and gave a reading of the message of the gold medal group to the marshal students. The 16 students attending the course are 139 altogether of which 66 were selected with a public competition which was attended by over 16.000 competitors. The other 73 are the winners of an internal competition, reserved for sergeants and permanent service volunteers, an instrument through which the Army guarantees the possibility of progression to its worthy staff. Students will remain at the Army NCO for three years, earning an 1 degree in "political science" or "nursing" before being employed as platoon commanders. The Army NCO School, commanded, since last October, by Division General Antonio Zambuco, is the center responsible for the training of marshals, platoon commanders, qualified marshals, nurses and sergeants. From 1965 to 1995, at the mother house of the non-commissioned officers of the Army, 77 followed one another for a total of about 35.000 junior officers; in the 1998 the Institute took on its current name of Army NCO and since then, over 3.000 marshals have been trained.