Oath of sergeants to the EMS 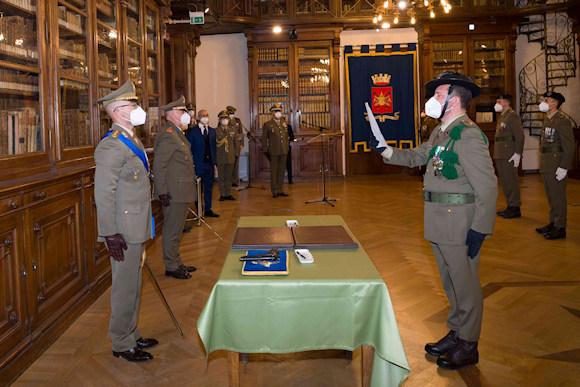 Tuesday morning, at the Central Military Library of Palazzo Esercito, in the presence of the War Flag of the Army, the Deputy Chief of Staff of the Army, general of the army corps Gaetano Zauner, the non-commissioned officer of the EMS, first lieutenant Giuseppe Carvelli and their respective corps commanders, 24 newly appointed sergeants have sworn an oath of allegiance to the Italian Republic.

The new non-commissioned officers, 22 men and 2 women, come from the 24th refresher and professional training course for graduates placed in the sergeant role and are in service in various Departments, departments and offices of the Army General Staff (SME) and of the command of the land forces - Army operational command (COMFOTER COE).

During the ceremony, which took place in compliance with the measures to combat the spread of the SARS CoVid-19 virus, General Zauner underlined how "The Oath represents a commitment to the country and institution you have chosen to serve" - looking at the jurands he then reminded them - “You are taking an Oath before the Army War Banner which represents the entire tradition of the Armed Forces. I invite you to reflect on the solemnity of the oath that will represent a viaticum for you both in professional life and in daily life ”.

The most important moment of the ceremony was the reading of the formula of the Oath of allegiance to the Italian Republic by each of the sergeants, individually, in the presence of the Army War Flag.

The oath is a "personal bond" that binds each citizen who performs a service for the State and, for the personnel of the Armed Forces, constitutes one of the conditions that must be fulfilled in order to definitively acquire military status. It finds its normative collocation in article 621 of the Military Code, and its formula is the following: "I swear to be faithful to the Italian Republic, to observe its Constitution and laws and to fulfill with discipline and honor all the duties of my state for the defense of the homeland and the safeguarding of free institutions".

The War Flag of the Italian Army was delivered on November 3, 1996 by the then President of the Republic Oscar Luigi Scalfaro, on the eve of the anniversary of the Feast of the Armed Forces, by decree of March 6, 1996. It is decorated with 4 Knight's Crosses of the Military Order of Italy, 2 Gold Medals for Military Valor, 3 Gold Medals and 1 Silver Medals for Civil Valor, 2 Gold Medals and 1 Silver Medal for Civil Merit, 1 Gold Medal to the Merit of the Italian Red Cross, 1 Gold Medal to the Merit of Public Health, 1 Gold Bronze Medal of Excellence of XNUMXst class of public merit of the Civil Protection Department. 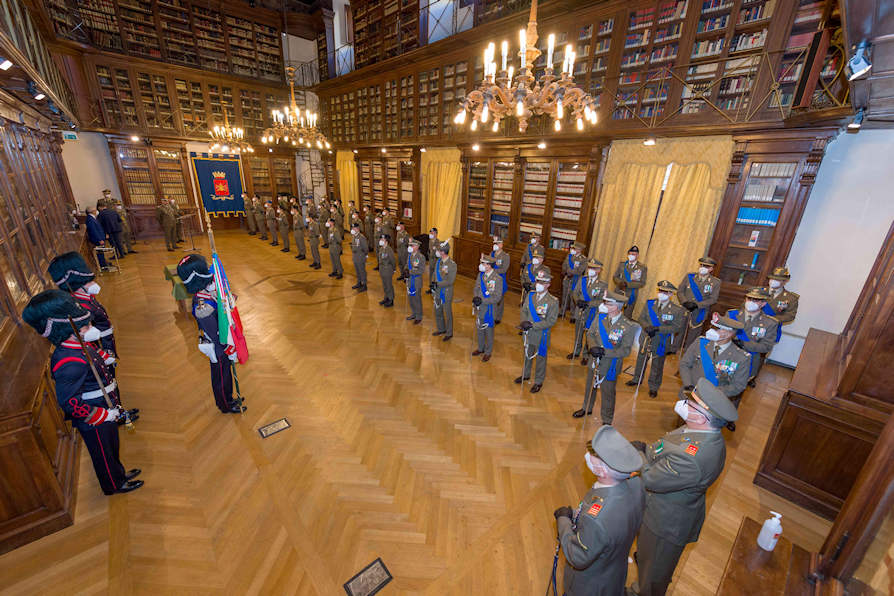 It ended in recent days, between the limestone walls of the "Budinetto" of Cala Gonone (NU), in the National Park of ...
5651
Read