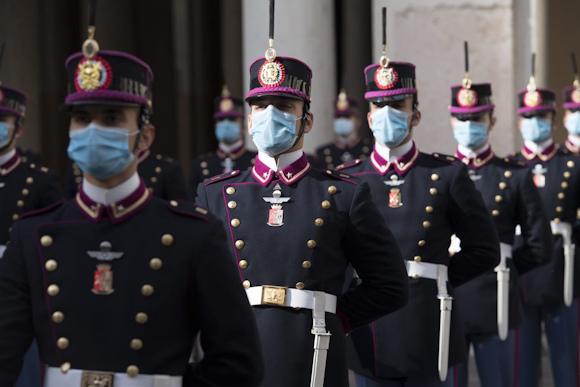 within the Courtyard of Honor of the Military Academy and in the presence of the commander for training, specialization and doctrine of the Army, general of the army corps Salvatore Camporeale, the solemn oath of the 201st “Example” course took place this morning.

The course includes 211 official students, of whom 197 are Italians and 14 foreigners, coming from thirteen different countries. The female presence is of 39 students.

As a premise of the event, the Army Chief of Staff, Corps General Salvatore Farina, and the General Commander of the Carabinieri, Corps General Giovanni Nistri, spoke via video link from Rome to emphasize the importance of the solemn oath. General Farina, in bringing the greetings of the Minister of Defense, Honorable Lorenzo Guerini, and of the Chief of Defense Staff, General Enzo Vecciarelli, urged the future management cadres of the Armed Force: “Be aware of the very important phase of formation that you are experiencing today as students to prepare for the future of commanders of men and women. Being commanders means serving your staff with continuous commitment, competence and altruism, promoting the participation and cohesion of the Department in which you will operate. To be up to these tasks you will have to dedicate all your physical, intellectual and value energies today and always. To do this, you will have to firmly believe in the founding values ​​of the Italian Army, including commitment, sacrifice, courage, generosity and EXAMPLE which is also the name of your course. The solemn promise of loyalty to the Republic and the observance of the Constitution ", concluded the head of SME, "It will be the main road for your journey, the commitment to believe in these values ​​that have always distinguished the members of the Army". 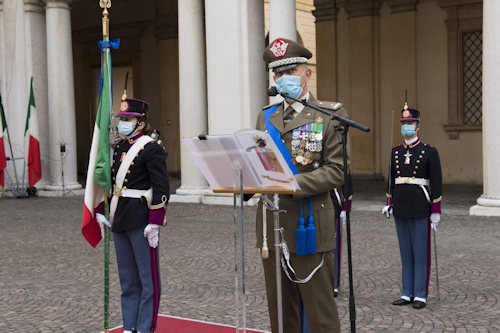 During the ceremony, Brigadier General Rodolfo Sganga, commander of the Academy, read the formula of the oath, to which the students responded in unison "I swear!". This solemn commitment, assumed in the presence of the Institute Flag, sanctioned the entry of full-fledged cadets into the Italian Army, to serve Italy, the institutions and citizens as Soldiers.

Corps general Salvatore Camporeale, addressing the cadets of the 201st course, said: "The Military Academy is training you in the severe cult of duty, the only way to forge entire generations of first-rate citizens and commanders. An ancient and glorious tradition of commitment and dedication that you are now called to perpetuate, serving in two Institutions, the Army and the Carabinieri, which over the centuries have always been able to confirm themselves as a solid and irreplaceable point of reference for the nation. "

The ceremony, conducted in a reduced form, and in full compliance with the regulations in force for the contrast and containment of COVID-19, was also attended by some local civil authorities. The event was broadcast live streaming, on the social platforms of the Italian Army, to allow relatives and friends, unable to participate, to share with their loved ones such an important act in the life of a soldier.

The Military Institute of Modena is the oldest Academy in Europe and is located inside the Doge's Palace, where numerous generations of officers and illustrious exponents of Italian society have been trained according to the profound values ​​underlying the institutions of the State: example, self-denial, dignity, fidelity, firmness, honor. 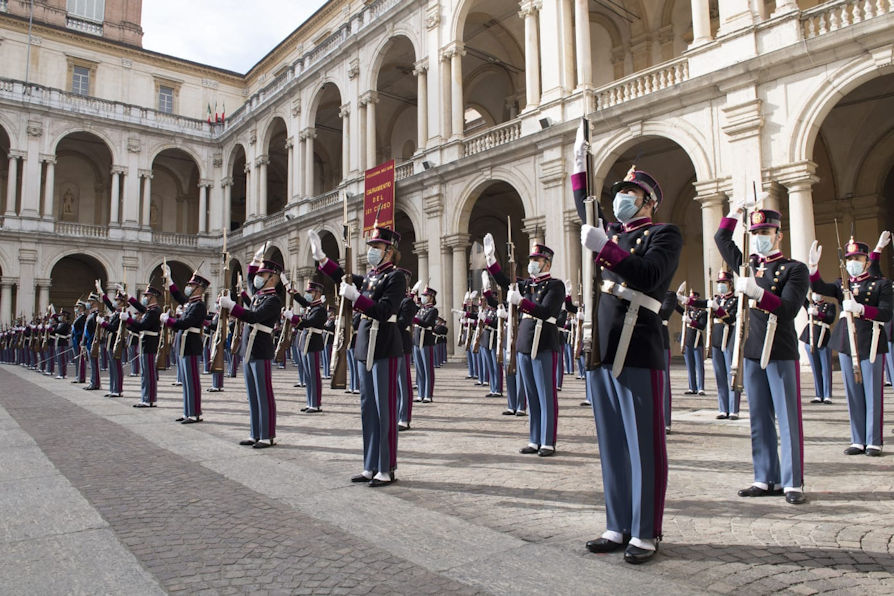