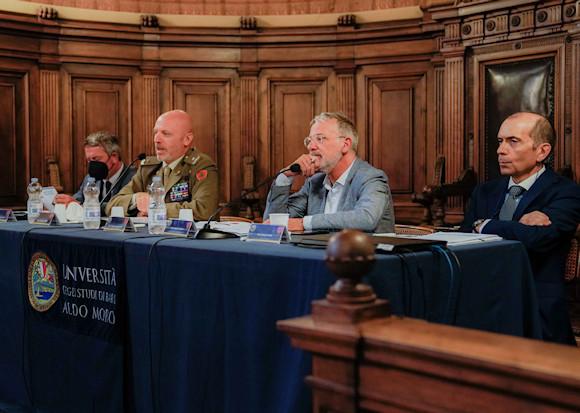 A historical conference entitled Pinerolo Brigade "Two Centuries from the Present", organized in synergy with the Department of Humanistic Research and Innovation of the University, in which the path of the brigade was retraced Pinerolo through the history of Italy, from its genesis to its evolution, with a look towards the future.

The seminar, introduced by the greetings of Professor Stefano Bronzini, magnificent rector of the University of Bari and of Brigadier General Paolo Sandri, commander of the mechanized "Pinerolo" brigade, had its scientific focus in the interventions of qualified university professors, moderated by Professor Paolo Ponzio, director of the Humanistic Research and Innovation department.

The first speech, edited by Professor Nicola Neri, professor of "History of International Conflicts" at the Department of Political Sciences, dealt with the theme of the synergistic development of the history of the great unity with the history of Italy, until its arrival in Bari The intervention retraced the origins and evolution of the great Army unit through its exploits and various organic reforms.

Finally, Professor Francesco Randazzo, professor of "History of Military Institutions and Security Systems" at the Department of Political Sciences of the University of Perugia, has deepened, after research carried out in the Historical Archive of the Army, the theme of the rooting of the brigade in the Bari and Apulian territory at the time of its reconstitution in 1952.

The event is part of the celebrations of the brigade's bicentenary and the 70th anniversary of its stay in Bari, sponsored by the regions of Puglia, Molise and Basilicata and by all the cities that host the "Pinerolo" departments (Bari, Barletta, Foggia , Lecce, Trani and Altamura), which officially began on 30 November 2021 and, in the following months, developed involving the institutional, cultural, social and health spheres of the Apulian community. 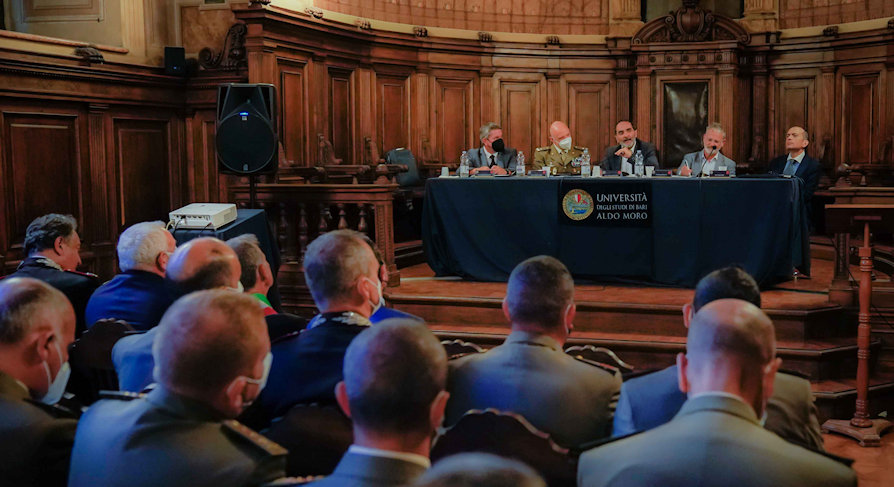 With the departure of the War Flag of the 82 ° Turin Infantry Regiment, the men and women of the Army ...
1204
Read

In recent days, a team of bomb squads from the Italian Army, under the 10th genius sappers regiment of ...
536
Read

As part of the bilateral military cooperation between Italy and Oman, the working visit of three ...
5122
Read

The recruitment activity continues at the four training regiments, the 235th of Ascoli, the 17th of Capua, the 80th ...
792
Read

Last week, at the "Cesare Battisti" barracks in Aosta, the training phase in "high ...
8273
Read

It took place yesterday, in the presence of the commander of the Southern Operational Forces, general of the army corps Giuseppenicola ...
1378
Read