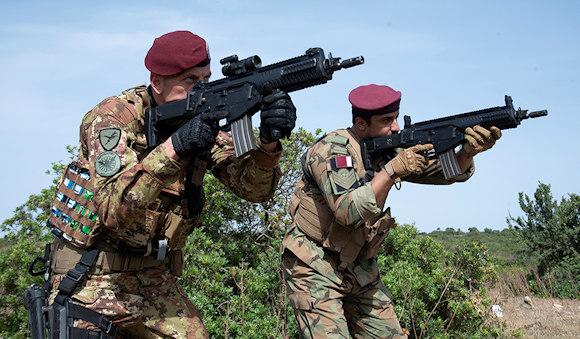 The "Steel Storm 2022" exercise, the third and final Force Integration Training session for the preparation of the Italian Army and Air Force units, ended today at the permanent shooting range of Capo Teulada. which will be deployed in support of the Armed Forces of Qatar in view of the soccer world championship, the first to be hosted in a Middle Eastern country, which will be played in the Arabian Gulf emirate from 21 November to 18 December 2022.

The final phase of the exercise, which has the dual purpose of strengthening relations between Italy and Qatar and discussing military capabilities in the conduct of training activities aimed at use in a Homeland Security Operation (HSO) in view of the FIFA World Cup Qatar 2022, took place in the presence of the Army Chief of Staff, Corps General Pietro Serino, accompanied by the Commander of the Southern Operational Forces, Corps General Giuseppenicola Tota, and the commander of the Qatar Land Forces, Major General Saeed Hesayen Mohammed Al-Khayarin.

The training activity, which began on May 30, assigned and planned by the "Sassari" brigade and coordinated by the 3rd Bersaglieri Regiment, also aims to strengthen cooperation between the specialist components of the units framed in the joint contingent led by the "Sassari" brigade which, under the orders of Brigadier General Giuseppe Bossa, will be deployed in Qatar on the occasion of the sporting event. 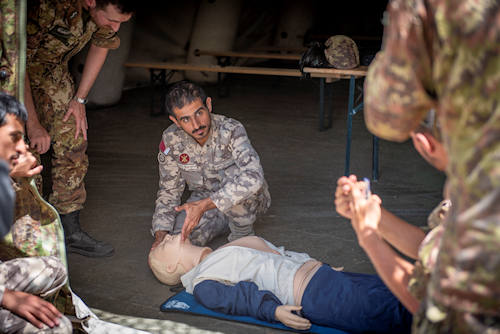 The conduct of the activity, controlled by the SIAT simulation systems of the 1st level Tactical Training Center of Capo Teulada, allowed the training skills of the military to be developed in a realistic environment and with the aid of cutting-edge equipment. of Qatar in the use of crowd control techniques, in patrols and surveillance of urban areas, in first aid interventions, in the individual combat method, with the acquisition and improvement of the immediate and effective reaction capacity to hypothetical crisis situations.

Particular impetus, especially in the final phase of the exercise, was given to the solution in the field of a series of events and technical-tactical exercises set in different fictitious urban scenarios, characterized by emergency situations and potential risks deriving from an EOD threat. and CBRN EOD close to critical infrastructures such as stadiums, post offices, cinemas, shopping malls and crowded places. In the front line, as trainers, assisted by connoisseurs of the Arabic language, soldiers of the 3rd Bersaglieri Regiment and the 5th Engineers Regiment of the "Sassari" Brigade, of the 186th and 8th Engineers Regiment of the Sappers Brigade operated "Folgore" paratroopers, specialized assets of the Italian Army from C-IED Center of Excellence, from the 7th CBRN “Cremona” defense regiment, from Veterinary Military Center of Grosseto and, for the Air Force, components of the 16th wing "Protection of the Forces" and of Center of Excellence for Remotely Piloted Aircraft.

General Serino, speaking on the sidelines of the event, expressed his personal satisfaction for the brilliant results achieved by the personnel exercised during the "Steel Storm 2022", which not only strengthen the relationship of collaboration and the sense of cooperation between the Army Italian and the Land Forces of Qatar, but also represent a useful opportunity to finalize some aspects concerning the cooperation plan for the years 2023-24, which includes two major exercise events, which aim to increase synergy and interoperability of the two armies. 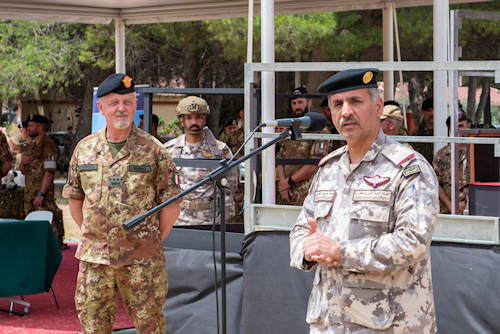 “What I saw today is the perfect synthesis of the Armed Forces capable of dealing with the great complexity of the threats that the modern world faces us. Each of the participants in the demonstration activities we have just witnessed was the bearer of his own professionalism without which the whole activity would not have succeeded or would not have achieved its intended purpose. This is the true meaning of professional Armed Forces. The other thing we have been able to appreciate is multinational integration, that is, the ability of our Armed Forces to work together, achieving objectives of interest to the entire international community. ".

General Al-Khayarin, for his part, thanked Italy and the Italian Army for the hospitality reserved to the Qatari units during the five weeks of stay in Sardinia. Furthermore, in confirming the satisfaction with the conduct of the exercise and the excellent training and amalgam level achieved by the Qatari soldiers, Al-Khayarin reaffirmed the common desire for cooperation and professionalism between the two armies and the commitment to spend the utmost effort to implement its realization. 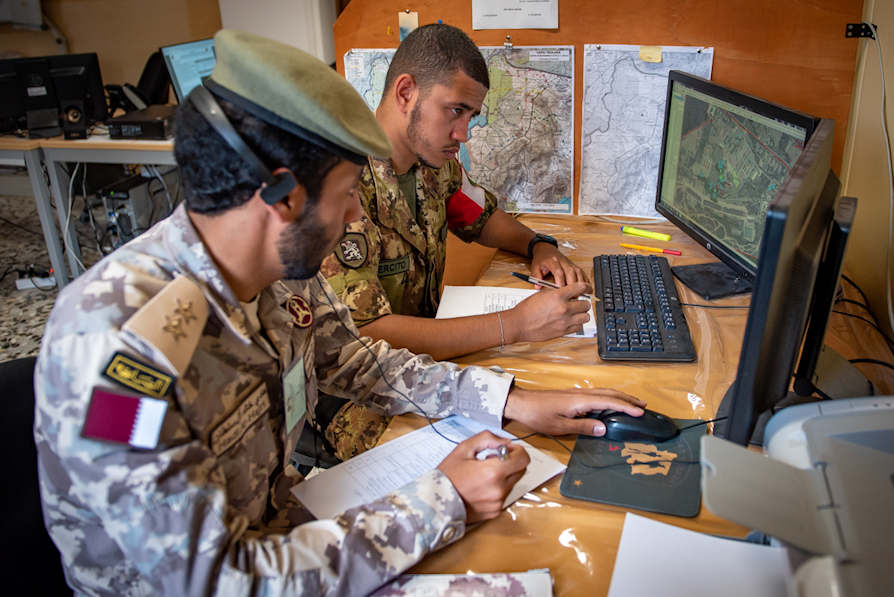 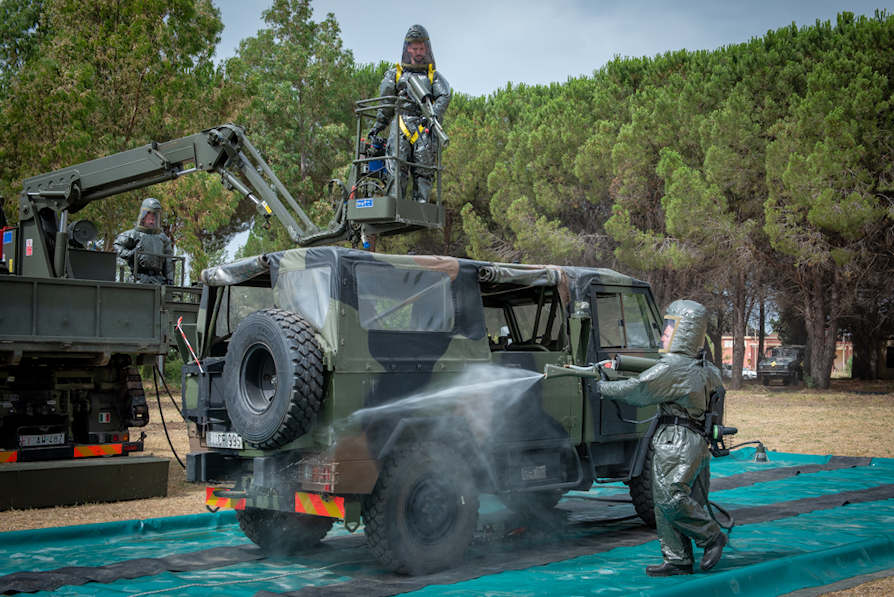 With the departure of the War Flag of the 82 ° Turin Infantry Regiment, the men and women of the Army ...
1360
Read

In recent days, a team of bomb squads from the Italian Army, under the 10th genius sappers regiment of ...
627
Read

As part of the bilateral military cooperation between Italy and Oman, the working visit of three ...
5193
Read

The recruitment activity continues at the four training regiments, the 235th of Ascoli, the 17th of Capua, the 80th ...
868
Read

Last week, at the "Cesare Battisti" barracks in Aosta, the training phase in "high ...
8450
Read

It took place yesterday, in the presence of the commander of the Southern Operational Forces, general of the army corps Giuseppenicola ...
1474
Read