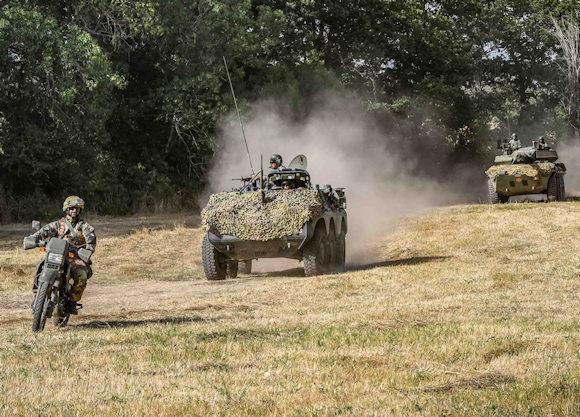 The exercise called "Brilliant Rust", which involved over 200 men and women of the "Garibaldi" brigade for the entire month of June, ended in recent days with a continuous activity at the military district of Persano.

The activity, developed as part of aexercise for command posts (EPC), made it possible to perfect the technical-tactical procedures of a brigade command post and to verify the combat and command and control capabilities in a hybrid war scenario, characterized at the same time by asymmetric and conventional threat.

The exercise involved simultaneously the main command post (Main) waited that, once the Forward, was deployed by simulating movement (jump) on the battlefield. 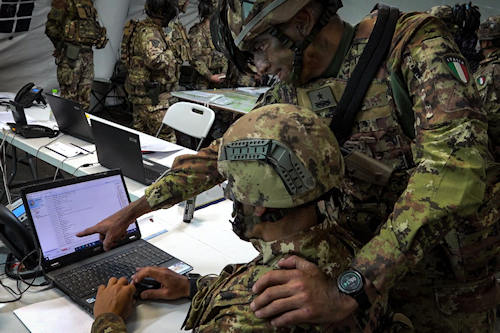 The exercise was carried out mainly using the vehicle for command posts VCC M577, a vehicle supplied to the large unit and which enhances its dynamism, verifying its survival skills, implementing the conduct of operations through the constant reception of activations (injections) and subsequent management of events on the battlefield, allowing continuity of command and control of the brigade commander.

At the end of the exercise, the commander of the bersaglieri brigade Garibaldi, gen. b. Massimiliano Quarto, in the presence of the commander of the South Operating Forces, gen. ca Giuseppenicola Tota, expressed his satisfaction with the results achieved during the exercise, underlining that, thanks to careful planning that involved all the specialists of the brigade command, it was possible to use for the first time on the ground, to an activity always and only theoretically hypothesized, the means and materials available within the Great Unit, managing to concretize the movements of the command posts in the simulation of the activities war.

Furthermore, again as part of the activities carried out by the brigade departments during the exercise, the "Cavalleggeri Guide" regiment (19 °), with the aim of preparing the personnel for the operations enhanced Forward Presence (eFP) e enhanced Vigilance Activity (eVA), has developed exercises to support the continuing activity for the employment of the command post operation (Tactical), using assets on VCC Dardo supplied by the 8th Bersaglieri Regiment. 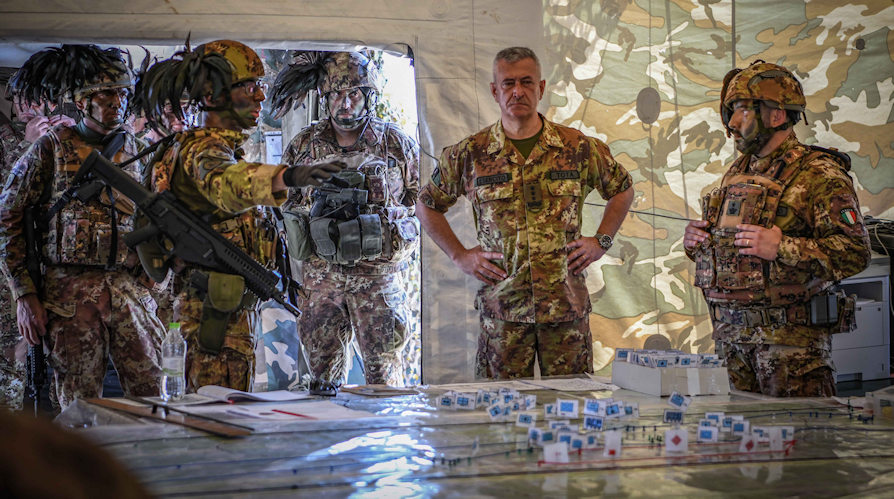 With the departure of the War Flag of the 82 ° Turin Infantry Regiment, the men and women of the Army ...
1256
Read

In recent days, a team of bomb squads from the Italian Army, under the 10th genius sappers regiment of ...
570
Read

As part of the bilateral military cooperation between Italy and Oman, the working visit of three ...
5147
Read

The recruitment activity continues at the four training regiments, the 235th of Ascoli, the 17th of Capua, the 80th ...
826
Read

Last week, at the "Cesare Battisti" barracks in Aosta, the training phase in "high ...
8331
Read

It took place yesterday, in the presence of the commander of the Southern Operational Forces, general of the army corps Giuseppenicola ...
1409
Read