Home News armed forces Land Course for executives and officials at the ...

Course for executives and officers at the NBC School 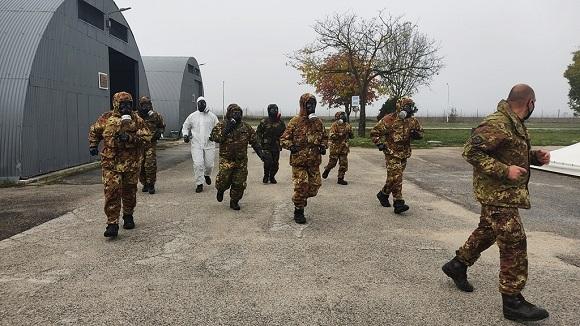 The course, which saw the participation of 8 Army officers, 5 of the Navy, 1 of the Air Force, 2 officers of the State Police and a civilian executive of NATO, was developed in an initial phase at a distance, in modality Online, and later in the residential phase at the NBC School.

Visitors were able to learn about the organizational structure of the national CBRN Defense, learn the risks associated with the nature of aggressive CBRNs, acquire the tools to assess vulnerabilities and the possible consequences of such risks on their own forces in order to be able to take appropriate countermeasures.

The didactic activities carried out have fully satisfied the expectations of the attending staff; in particular, the final exam was greatly appreciated during which the students, divided into working groups, ventured into a case study that allowed the sharing of different professional skills and the exchange of the heterogeneous experiences of the individual participants.

The NBC School trains, at a basic and specialist level, the personnel of the Armed Forces and the Armed Corps of the State as well as the departments and civil organizations involved in the specific sector. Furthermore, the Institute collaborates with universities and scientific bodies for the development of teaching and updating activities, participates with its own representatives in specific work groups NATO and offers training courses open to all NATO countries and Partners for Peace (PfP). 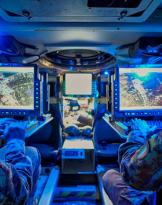 In the splendid setting of the Norman-Swabian Castle of Bari, in the presence of the Flags and the War Banners of the ...
201
Read 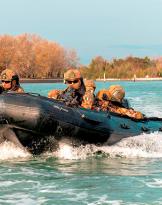 The "Golfo 21", a training activity conducted by assets of the lagoon regiment "...
197
Read

Challenging weekend for the bomb squads of the Italian Army, engaged in defusing and ...
246
Read

The Expert Meeting related to the "Psychology and Resilience Working Group", an activity of ...
1988
Read

A week dedicated to the training of sharpshooters of the Army units has ended in recent days ...
6231
Read

It took place in recent days, at the "Castello Generale Cantore" in Aosta, in the presence of the commander of the ...
892
Read