Home News armed forces Terra Delivery of the sword to the students of the A ...

Delivery of the sword to the students of the Academy 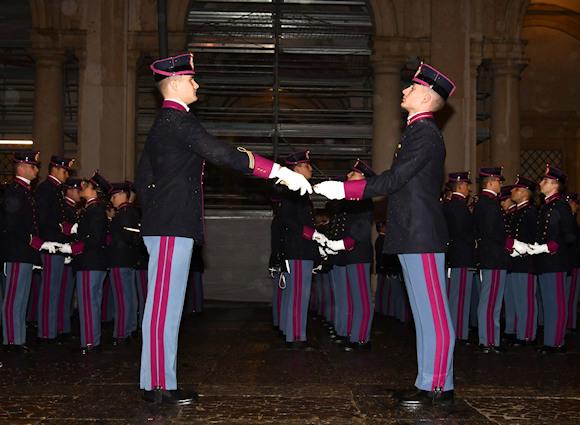 In front of the regiment deployed, the commander, Colonel Elio Manes, recalled the historical evolution of the ceremony with the passage from the delivery of the rifle to the delivery of the sword, also highlighting that "the weight of today's symbolic act weighs both on the shoulders of the students "Elderly", called even more to be a daily example for younger colleagues, both on the "cappelloni" students, invested, even formally, with the difficult role of representative of the Military Academy ".

The head of the 203 ° course handed the sword to the representative of the 204 ° course while the second year students wished in unison to those of the first "Good luck!"; the singing by the entire pupil regiment of the hymn “Una Acies” finally sealed the twinning between the two courses.

The international exercise 'Cerces 2022' has ended, which saw the participation of a unit of the brigade ...
3954
Read

The "agreement for the collaboration...
284
Read

In recent days, a survey was conducted at the Joint Forces School for Nuclear, Biological and Chemical Defense ...
392
Read