Completed the first curricular internships for undergraduates in the Cybersecurity sector 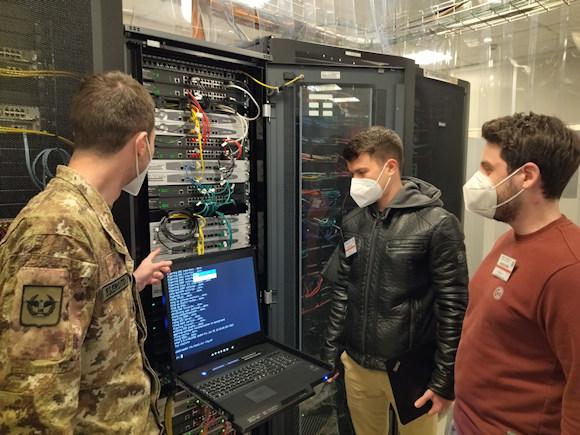 In recent days, the curricular internships carried out in recent months in some departments of the Italian Army, by two undergraduates of the Polytechnic of Turin and of the University "La Sapienza" of Rome, have been concluded, on the basis of special agreements stipulated between the Armed Force and the two universities. These acts, which are part of the collaboration between the Army and the academic world in the sector of cybersecurity, followed the agreements signed in advance between the Army General Staff and the Automatics and Information Technology Department of the Turin Polytechnic, as well as with the Computer Science Department of the “La Sapienza” University of Rome.

The two university students were thus able to live a professionally enriching experience in a highly specialized unit of the Armed Force by applying the notions acquired during their studies to real problems. The training activity, in such a peculiar context, also allowed them to interact with the industrial realities that collaborate with the Italian Army.

The Conventions proved to be of great interest to university students as an integration to learning and support towards informed professional choices, and were also important in terms of training "human capital" in the cybersecurity sector of the "Country System". With this in mind, the Armed Force, fully aware of the strategic value of this sector and strengthened by the positive results of this first experience, will activate further similar curricular internships also during the next academic year.

Also this year the Army participated with an information stand in the well-known event dedicated to the world of comics, the...
245
Read