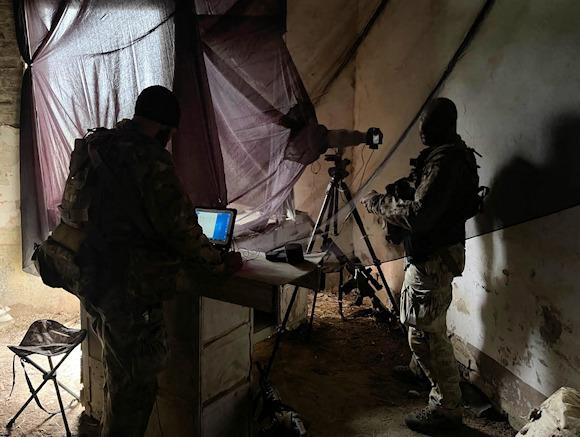 The exercise ended Mantis 2022 which has seen employed, for nearly three weeks, one Special Operation Land Task Group (SOLTG), as a framework for the 185th Parachute Regiment, reconnaissance and acquisition of "Folgore" objectives, which operated on a vast exercise area between the regions of Tuscany and Emilia-Romagna.

The training was aimed at consolidating the ability to conduct special operations in a hybrid environment with particular attention to Special Reconnaissance (SR) and Direct Action (FROM). The direct actions in particular were Terminal Guidance Operations (TGO) and Raids. Employees of the SOLTG have operated a Special Operations Task Units (SOTU) of the 185th RRAO, one of the 4th Alpine Parachute Regiment Cleaning and a SOATU of the 3rd special operations helicopter regiment "Aldebaran" (REOS) which used NH-90 and CH-47 aircraft.

The complex exercise involved the use of nearly 200 units including a team of the 28th operational communications regiment "Pavia", C5 support by the personnel of the 11th transmission regiment, a team of the 41st IMINT (Imagery Intelligence ), two A-129 helicopters of the 5th "Rigel" regiment, two aircraft Euro Fighter of the 4th fighter wing of the Air Force of Grosseto, a battery of PZH-2000 of the 132 ° land artillery regiment "Ariete", a battery of the 5th MLRS regiment "Superga", a team of US observers of the green berets of the 5th Special Forces Group (SFG) and a French one from 13th régiment de dragons parachutistes (13th RDP) and an American JTAC of the 2nd air support operations squadron (ASOS) of Vicenza.

The international exercise 'Cerces 2022' has ended, which saw the participation of a unit of the brigade ...
3897
Read

The "agreement for the collaboration...
278
Read

The Baptism ceremony took place at the "Pietro Teulié" barracks in Milan, site of the homonymous military school...
490
Read

In recent days, a survey was conducted at the Joint Forces School for Nuclear, Biological and Chemical Defense ...
390
Read

The "Freccia" exercise, which began on 4 October last, of the Army's anti-aircraft units deployed ...
1929
Read