The “Leaflet Air Drop” exercise in Pesaro is concluded 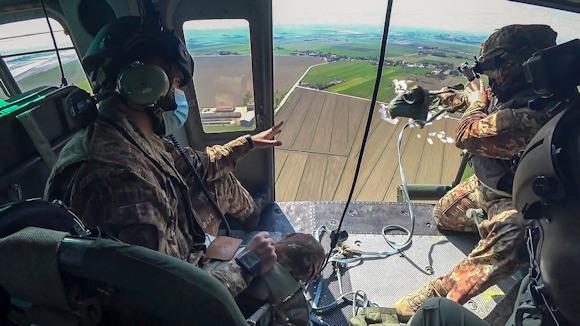 At the Pesaro headquarters and in the specific training areas, the training of the personnel of the 28th “Pavia” regiment for employment in foreign operational theaters continues.

Among the numerous preparation activities for employment, a “Leaflet Air Drop (LAD)” exercise was conducted in recent days. The activity, carried out by an AB-205 helicopter of the 2nd AVES “Orione” regiment at site 15 of Cervia, consists in the dissemination of leaflets over a defined area, in order to convey specific messages to local populations.

The so-called “leaflets”, of pre-established size and weight, are stowed in a special bag attached to the aircraft which, released into the vacuum, disperses its contents in contact with the air flow. The personnel in charge of packing the bag are in possession of the qualification of aviation-refueler, while the management on the aircraft is the responsibility of the Launch Director (DL). Of particular importance is the role of the specialist, responsible for the calculations necessary for the designation of the launch point and the fall area. The activity can be carried out by both fixed-wing and rotary-wing aircraft. 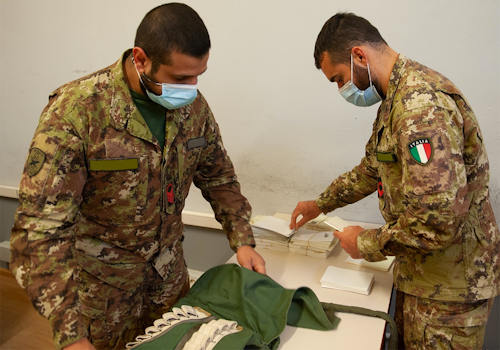 The "LAD" is part of a series of other training activities that the men and women of the 28th are carrying out in recent weeks in order to obtain the "ready to use" required for entry into the operating theater. Among these, the unavoidable training sessions in the use of small arms stand out as well as qualifying courses such as the one on the "methodology of intercultural communication" and the one on "updating on operational communications".

The 28th “Pavia” regiment is the only unit of the Armed Force, framed in the Army Special Forces Command (COMFOSE), which deals with operational communications. Since the birth of the regiment in 2004, the personnel have been employed in almost all the operational theaters in which the Italian Armed Forces have operated.

Today the “Pavia” specialists are deployed in Afghanistan, Kosovo, Lebanon and Kuwait and the unit is expected to be deployed in the “Safe Roads” operation.

The general of the army corps, Rosario Castellano, military commander of the capital, handed over to the mayor of ...
245
Read

In order to consolidate the interoperability capabilities between units of the Armed Force, also in a multinational key ...
521
Read

In the training area of ​​Carpegna, units of the 11th Bersaglieri Regiment of Orcenico Superiore (PN) carried out a ...
881
Read

The exercise in the mountain environment of the STINGER units of the 17th anti-aircraft artillery regiment ended "...
479
Read

The training activity aimed at maintaining the combat capacity of the nuclei was concluded in recent days ...
595
Read

The Army Aviation (AVES) celebrates the 70th anniversary of its establishment today. Its story begins on 10 ...
1243
Read

It has just ended at the 2nd level Tactical Training Center (CAT) of the Cesano Infantry School (...
1138
Read

The alternation ceremony for the command of the Brigade was held yesterday in Sassari, at the "La Marmora" barracks "...
791
Read