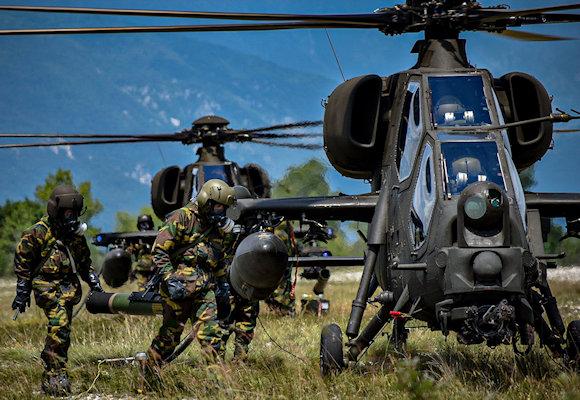 With the conduct of main training event, in the presence of the commander of the Land Operational Forces Command and Army Operational Command (COMFOTER COE), the collective exercise ended Balteus Travolo (Batr) e Complex Aviation Exercise (CAEX) 22-1, held in the training areas of Friuli Venezia-Giulia from 23 May to 1 June 2022.

The BATR-CAEX Exercise is a complex and multi-weapon training event, planned, organized and conducted by the Army Aviation Command and assigned to the "Friuli" Aircraft Brigade as the culmination of the peculiar, continuous and progressive training of the AVES units in aircraft operations and aeromechanized.

This edition was characterized by a "historic uniqueness" since it was the first to be conducted after the recent reorganization of the Army Aviation which, on 25 February last, acquired the aircraft brigade in its direct employ: for the first time all the assets of AVES therefore operated within a single summit, the COMFOTER-COE, "To ensure the terrestrial maneuver in and from the third dimension". For the "Friuli" the event also represents the achievement of Initial Operational Capability (IOC) as a large multi-weapon combat unit reconfigured into a single operational brigade of the AVES, constituting the Combat Aviation Brigade of the Terrestrial Operational Forces of the Italian Army.

The exercise, structured in such a way as to allow the participating units to train in a realistic and integrated way, saw around 700 soldiers employed on the Casarsa della Delizia base. 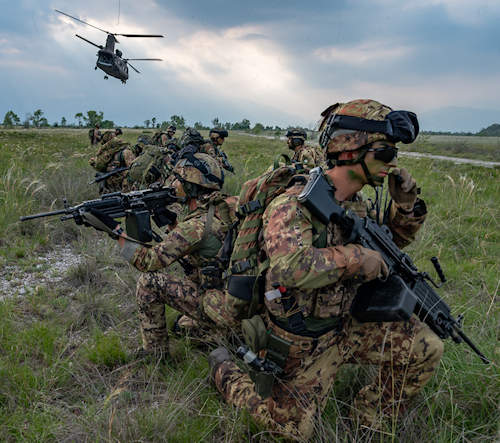 Specifically, under the leadership of the Army Aviation Command, such as Blue Forces the following took part: the command of the “Friuli” aircraft brigade; the 5th AVES “Rigel” regiment; the 7th AVES “Vega” regiment; the 66th “Trieste” aircraft infantry regiment; the “Friuli” command and tactical support department; the 1st AVES “Antares” regiment; the 4th AVES “Altair” regiment; the 185th Reconnaissance and Target Acquisition Regiment and the 41st IMINT “Cordenons” Regiment and the 132nd “Ariete” Land Artillery Regiment. The role of enemy forces (Opposing Forces - OPFOR) was instead covered by an infantry component of the 66th aircraft regiment, an explorer cavalry platoon of the "Lanceri di Novara" regiment (5th) and an armored platoon of the 32nd tank regiment, as well as assets of the 121st “Ravenna” anti-aircraft artillery regiment and 17th “Sforzesca” anti-aircraft artillery regiment equipped with very short range “Stinger” missiles.

The operational scenario developed for BATR-CAEX 22-1 involved combat actions between equal conventional forces. The assets exercised demonstrated their level of preparation and integration, in a crescendo of difficulty and complexity in the numerous flight and aircraft assault activities, day and night, which finally led to the performance of a demanding tactical ground activity, where they were performed all the tasks proper to the Combat Aviation Brigade.

La Task Force exercised, employed a total of 22 aircraft including AH-129D, UH-90A, CH-47F and UH-205 plus a Unmanned Aerial System (UAS) to carry out activities of: insertion of objective acquirers, infiltration of aircraft explorers and specialist teams such as assets for intelligence and battlefield surveillance (equipped with drones Raven) And the Fire Support Team; SEAD activities (Suppression of Enemy Air Defense); infiltration and deployment of heavy mortars at the barycentric hook - recently acquired capability on UH-90. 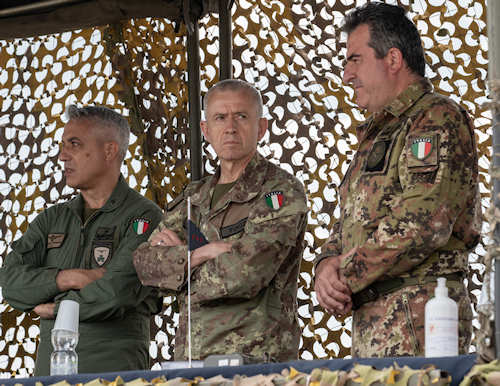 As part of an articulated aircraft operation, a Air Assault, an action that summarizes the high level of integration between aircraft infantry units and helicopters. This action reflects the enormous operational advantage in terms of speed, concentration of combat power and surprise that can be provided to the terrestrial maneuver. In carrying out the maneuver, the aircraft brigade is able to use all its resources to create "mass" by exploiting the speed and intensity of the actions. In addition, the capacities to support the maneuver have been consolidated through the activation of a FARP (Forward Arming and Refueling Point), a device that extends the autonomy and operating arm of rotary wing assets, as well as specialist ones such as the Personnel recovery, which allows the recovery of personnel who have remained isolated on the ground in a hostile environment; activities that were conducted by simulating an environment contaminated by chemical agents, contextualizing the training in an even more challenging context. 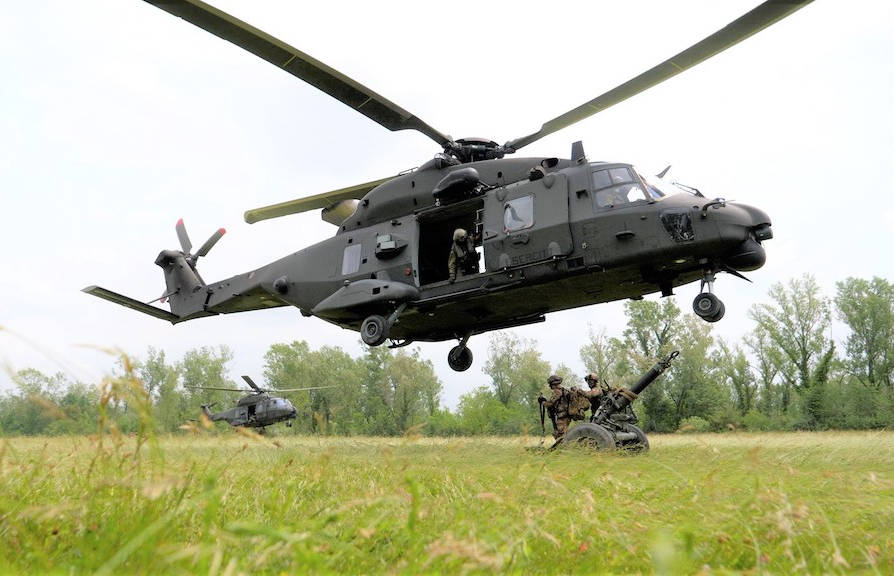