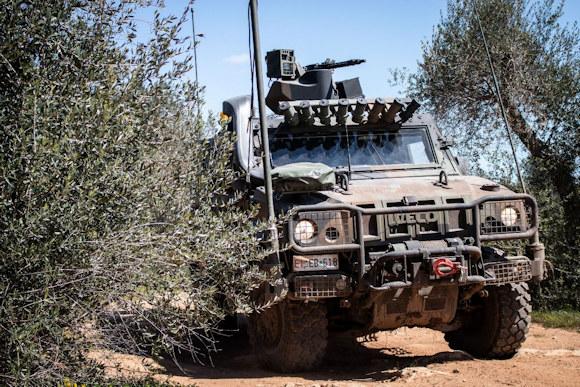 In recent days, at the training area of ​​Torre Veneri (LE), under the direction of the 2nd level tactical training center, the "CENTAURO 1/2021" exercise which saw the soldiers of the 82nd regiment operate “Torino” infantry, a department employed by the “Pinerolo” mechanized brigade, aboard the new VTLM (Multirole Light Tactical Vehicle) version 2 NEC (Network Enabled Capabilities). The purpose of the activity was to train an infantry platoon to operate in a tactical-operational context of Counter Insurgency Operation, high intensity.

The exercise of type Livex, that is with the troops on the ground, it was held in opposing parties, with blank ammunition and with the use of live simulation systems. In particular, the technical tactical procedures of an infantry platoon in a light "digitized" configuration, deployed in a foreign operational theater, and engaged in stabilization activities within an operational context characterized by the presence of a "hybrid" threat were tested . 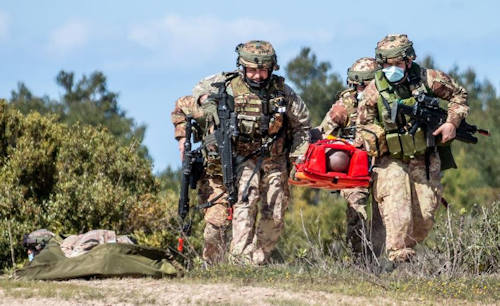 The peculiarity of the "Centauro 1/2021" exercise was the simultaneous use of the SIAT simulation system (Integrated Systems for Terrestrial Training) and platforms equipped with digitized C2 (command and control) systems, in fact the training opportunity , under the supervision of the CAT exercise management, enabled all the subsystems of the SIAT program to be activated and at the same time to use the new VTLM 2 NEC, a state-of-the-art vehicle and flagship of the national industry. The VTLM 2 NEC, recently acquired by the Armed Force, has proven to have high safety characteristics, simplicity, sturdiness, durability and reliability in the various situations of use and sophisticated command and control systems, fully integrable in inter-force assets, in possible scenarios on the national territory and outside the area.

The VTLM 2, thanks to the most modern radio means supplied, ensures high command, control and navigation (C2N) capabilities, performing the functions of a tactical node capable of exchanging information with the higher level command posts and with the individual units deployed in the field, down to the lowest order levels. Passed with full marks, the infantrymen of the “Torino” who, in the various simulated scenarios, successfully and professionally completed all the training activities in the field, receiving the applause of the staff of the exercise management.

The 82nd Infantry Regiment "Torino", leading department of the "FORZA NEC" program, is a tangible example of how the Army is today confirmed as a beacon of technology and innovation and continues in its broader rationalization and development project long-term capacitive, a process of technological transformation that continues to involve the national production system. The exercise event took place in full compliance with the health regulations in force, adopting all the measures envisaged for the containment of the COVID-19 epidemic.

The general of the army corps, Rosario Castellano, military commander of the capital, handed over to the mayor of ...
273
Read

In order to consolidate the interoperability capabilities between units of the Armed Force, also in a multinational key ...
536
Read

In the training area of ​​Carpegna, units of the 11th Bersaglieri Regiment of Orcenico Superiore (PN) carried out a ...
895
Read

The exercise in the mountain environment of the STINGER units of the 17th anti-aircraft artillery regiment ended "...
510
Read

The training activity aimed at maintaining the combat capacity of the nuclei was concluded in recent days ...
604
Read

It has just ended at the 2nd level Tactical Training Center (CAT) of the Cesano Infantry School (...
1145
Read