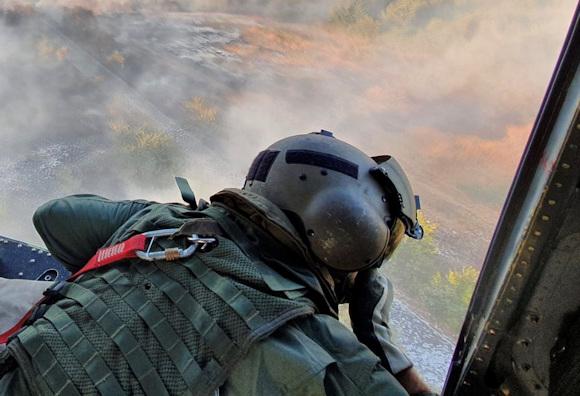 The Forest Fire Campaign (AIB) which again this year, from June to September, saw the Army engaged in the front line throughout the national territory.

In the context of this public calamity, operations are managed by the Civil Protection Department through the Unified Air Operations Center (COAU) which has the task of coordinating the air missions of the state fleet.

The Army Aviation (AVES) has offered its contribution by ensuring the availability and use of the helicopters in operational readiness seven days a week, from dawn to dusk, for the duration of the national need. In particular, the cooperation was mainly articulated on the bases of Viterbo, Lamezia Terme (CZ) and Elmas (CA), with the HH-412 multirole helicopters and the flight crews respectively of the 3rd special operations helicopter regiment (REOS) “Aldebaran”, of the 2nd “Sirio” regiment and of the 21st permanent detachment “Orsa Maggiore”.

This operational structure allowed the Army aircraft to ensure timely and effective intervention in the areas of the country most affected by the emergency last summer. 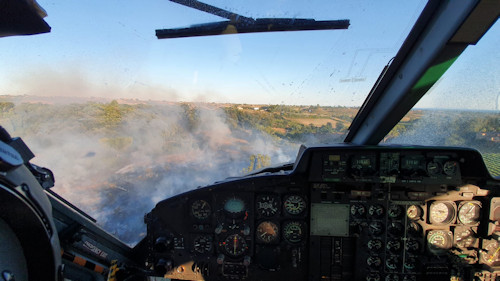 In addition to its assets, AVES also provided the competition of pilots and technicians for use in "mixed" crews on board the AB-412 fire brigade helicopters.

During the AIB campaign that has just ended, the Army Aviation mainly intervened in the regions of Lazio, Calabria, Sardinia, Umbria and Abruzzo. The total flight hours carried out in the various missions were approximately 90, during which over 300 water jets were carried out on the fire, for a total of 300.000 liters. The technical peculiarities of the helicopter, the training and commitment of the Army flight crews, have allowed the concentration of water releases in particularly inaccessible and unreachable places for other rescue vehicles.

The forest fire service is one of the competitions in the context of public disasters that the Army Aviation constantly ensures, to protect and safeguard the population and the natural heritage of the country. 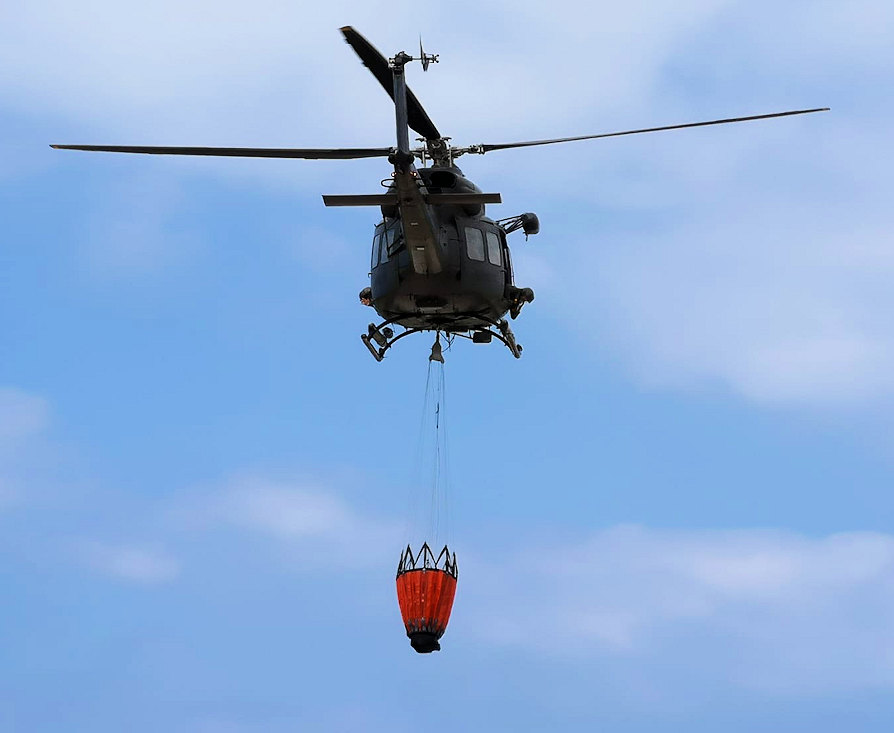 Inside the Court of Honor of the Military Academy and in the presence of the commander for training, ...
114
Read

The Cavalry of the Italian Army originates from the Savoy cavalry in which the first regiments of order "...
139
Read

The 5th Engineers Regiment, unit stationed in Macomer framed in the Sassari brigade, which has its origins in the ...
190
Read

The detachment of the Sassari brigade concluded an intense training period of about four weeks carried out ...
427
Read

A few days ago, in the training area of ​​the "Montezemolo" Barracks in Castel Maggiore (BO), the ...
268
Read

The "Dragon 2020", a fire training activity, ended in the Candelo Massazza shooting range, in the province of Biella ...
486
Read

With the deposition of a laurel wreath at the monuments dedicated to the memory of the fallen in their units, the ...
883
Read