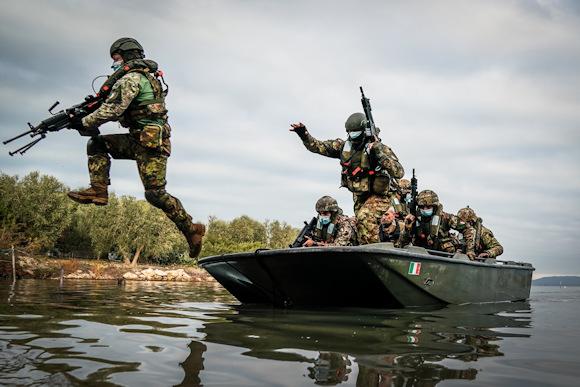 The 11th sappers engineer regiment of Foggia, a unit employed by the mechanized brigade "Pinerolo", organized and conducted the "Salamandra" exercise at the locality of Cagnano Varano - Ex Idroscalo "Ivo Monti".

The activity, included in a training program aimed at maintaining the skills of Joint Rapid Reaction Force (JRRF), represents an important exercise event for the use of the vessels supplied to the regiments of the genius of the “Acqui” division, for the conduct of Mobility, Counter-Mobility and Information Collection (ENGINT) operations in the lake environment.

The destroyers and the advanced reconnaissance and combat nuclei of the 11th regiment participated in the exercise with the equal teams from all the genius regiments of the "Acqui" division (the 21st from Caserta, the 4th from Palermo and the 5th ° of Macomer) with the support of instructors from other departments of the Italian Army.

The activity, which turned out to be a fruitful moment of updating and comparison for all the engineers exercised, made it possible to train the squad and platoon commanders to exercise the function of command and control within a multi-weapon tactical group operating in a scenario of warfighting and was aimed at verifying the standardized operating procedures (SOP) relating to the use of the division's engineering units. 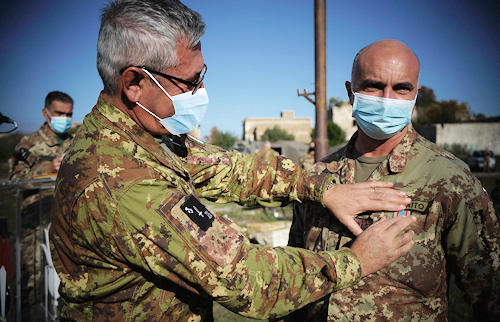 At the end of the exercise, General Tota, in greeting the personnel exercised, expressed his satisfaction with the results achieved and, on the occasion, awarded the commander of the 11th sapper genius regiment, Colonel Simone Gatto, of the Cross to the merit of the Army, granted to the officer for the important results received during the "Resolute Support" operation in Afghanistan.