Oath ceremony for 88 students of the "Nunziatella" Military School 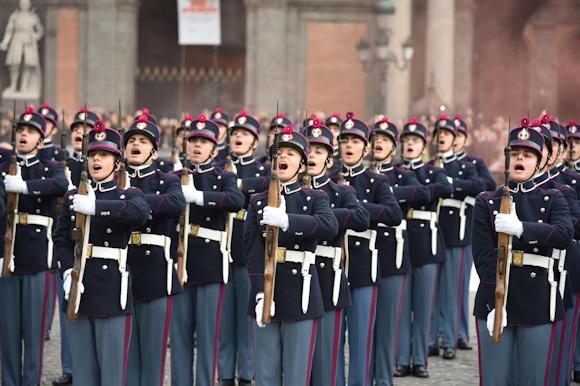 This morning in Piazza del Plebiscito, in the presence of the Undersecretary of State for Defense, Hon. Angelo Tofalo and the Chief of Staff of the General Army Corps Salvatore Farina, took place the swearing-in ceremony of the 232 ° course of the Military School "Nunziatella", before the glorious Flag of the Institute, decorated with the Medal of Bronze to the Value of the Army.

Numerous civil, religious and military authorities took part in the event, including the president of the Campania Region, dott. Vincenzo De Luca, the prefect Dr. Carmela Pagano, General Rolando Mosca Moschini and the Gold Medal for Military Valor, general of the army corps of the carabinieri Rosario Aiosa, former student of the school and godfather of the 232 ° course.

The 88 students were framed, of which 25 women, numerous Labs of Combatant Association and of Arms, the Gonfaloni of the metropolitan city of Naples and of the Campania Region and the thousands of ex-students rushed to gather around young jurors.

During his speech the undersecretary of state Tofalo stressed "Military schools are a driving force behind Defense. This is where the ruling class of the future is born. Dear boys, you have made a choice that will engage you for life. Honor it. By swearing allegiance to the Republic, you are even more aware Italian citizens and your guiding star will always remain the national interest and the good of the country. Family members say I am proud of their children for the choice they made. Defense is. I am". 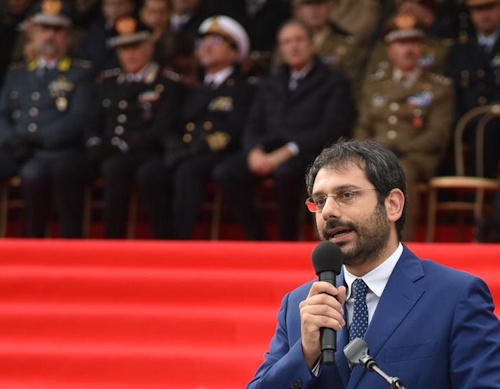 During his speech, General Farina thanked the family members of the students, the alumni and all the Neapolitan citizenship and subsequently, addressing the jurors, he recalled that "The words of the oath pronounced a little while ago will be the guiding star on your journey from today. Their meaning is to face study, work and life, head-on, with courage and determination but also with generosity, self-denial and altruism ".

The head of SME then highlighted the project on Great European Nunziatella aimed at promoting the role of Rosso Maniero also in the future by transforming the institute according to the most modern concepts, both from an educational as well as an infrastructural and functional point of view, making it become an innovative pole and in step with the times, open also to others nations.

The salient moment of the ceremony was the symbolic delivery of the sword to a first-year student by a third-year student; the spadino, emblem of belonging to the Military School "Nunziatella", represents the important passage of deliveries, traditions and values ​​that are handed down to the new generations.

The unique frame of the event was the monumental Piazza del Plebiscito, packed by family members, relatives and ex-students, who came for the occasion from all over Italy to attend the ceremony, thus marking the solemnity of the moment and accompanying, ideally almost by hand, the students at this time of growth. 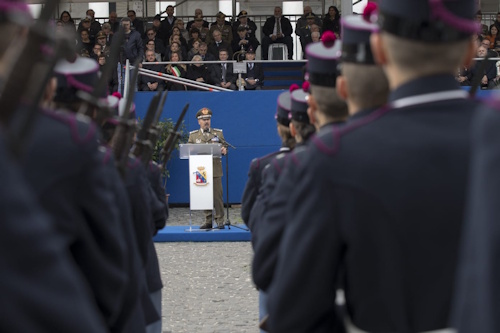 The training regiment, thus constituted, under the command of the Military School commander "Nunziatella", Colonel Amedeo Cristofaro, saw among its ranks the Army Band and the Drums of the School.

The "Nunziatella" Military School, founded on November 18 1787 as Royal Military Academy, based on the hill of Pizzofalcone in Naples, in the historic building that housed it since its foundation, is one of the oldest military training institutes in Italy and of the world.

Since its origins, the school has been a place of high military and civil training, hence the motto "I prepare for life and weapons", and had among its professors and students high-value personalities, recognized both nationally and internationally. 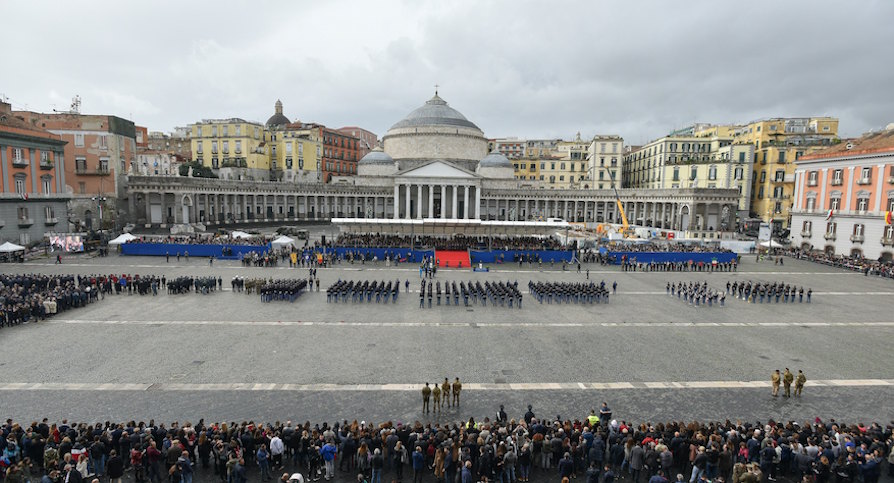 After an intense week of aviolancistica activity conducted with the techniques of automatic opening and fall ...
174
Read

In the last few days, the Army soldiers have started the intervention for the maintenance of the trail network ...
167
Read

In the next few days, for the duration of three months, about 1.000 visitors to the Training, Specialization Area ...
542
Read

In recent days, the exercise of the Multinational CIMIC ended in the training area of ​​Comina (PN) ...
246
Read

The 1st land (mountain) artillery regiment and the "Taurinense" logistic regiment concluded a course of ...
608
Read

Yesterday, inside the "Ettore Rosso" barracks, in the military city of Cecchignola, the ceremony of ...
289
Read

In recent days, the ceremony for the delivery of the headdress was held at the "Luigi Giannettino" Barracks in Trapani ...
303
Read

The 152nd infantry regiment of the "Sassari" brigade has concluded the preparation of its personnel rates in ...
1562
Read

It took place this morning, at the Transmissions Command in the presence of the Undersecretary of State for Defense, on ....
501
Read