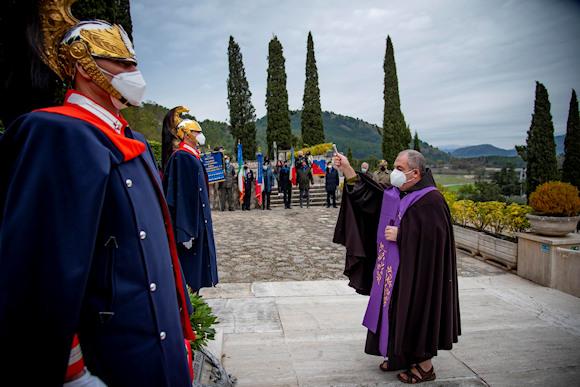 Yesterday morning the 78th anniversary of the homonymous battle, fought in the Second World War, was celebrated at the Military Memorial of Mignano Monte Lungo, for which the city was awarded the Gold Medal for Military Valor and the Medal of Gold for Civil Merit.

The military ceremony was attended by the air squad general Roberto Corsini, military adviser to the President of the Republic, accompanied by the commander of the Southern Operational Forces, general of the army corps Giuseppenicola Tota, the general of division Gualtiero Mario De Cicco, general commissioner for honors to the fallen, the president of the council of the Campania Region, Gennaro Oliviero, the mayor of Mignano Monte Lungo, Andrea De Luca and the representatives of the Combat and Weapon Associations. 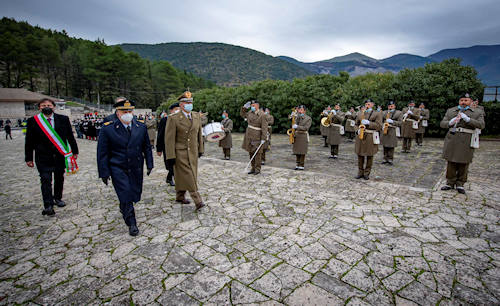 The authorities, accompanied by the notes of the ordinance music of the Sabaudia anti-aircraft artillery command, reviewed an inter-force deployment paying homage to the war flag of the 17th “Acqui” volunteer training regiment and the banner of the municipality of Mignano Monte Lungo.

The ceremony continued with the deposition of a laurel wreath to the fallen and with a moment of meditation, including the reading of the prayer of the Fatherland and the blessing of the mounds by the military chaplain of the “Acqui” division, Don Giuseppe Palmesano.

General Tota, during his speech, wanted to remember how in Mignano Monte Lungo the units of the Italian Army reconstituted after 8 September, gave proof of courage, valor and love for the country, supported by the entire population and has finally addressed a reverent and moving thought to all the Fallen of all times, reaffirming that, alongside the fallen of that time, there is the closeness of the soldiers of today, who base their work on the same values. Also present were many citizens who, as in 1943, drew tenaciously around the men of the 1st motorized army grouping, inciting them to victory, every year they celebrate this anniversary in memory of the fallen during the War of Liberation. 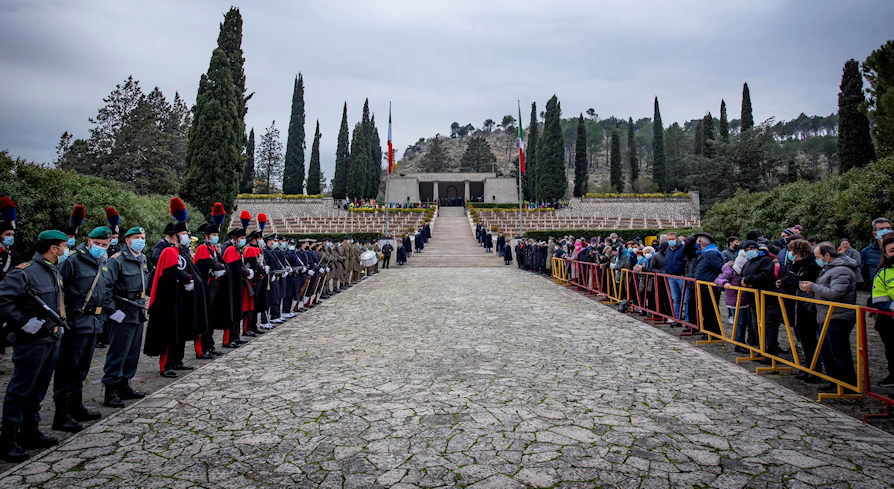 It ended in recent days, between the limestone walls of the "Budinetto" of Cala Gonone (NU), in the National Park of ...
5658
Read