Change of commander to the "Ariete" logistic battalion 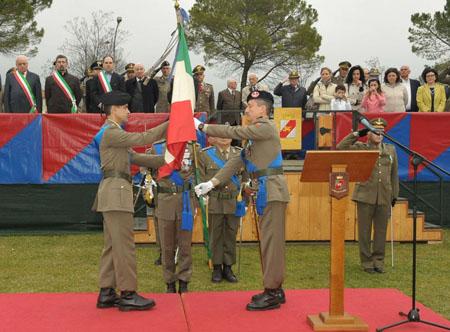 Yesterday, at the "Baldassarre" barracks of Maniago, there was the changing ceremony of the commander of the Aries battalion.

Lieutenant Colonel Alessandro Lorenzetti was replaced by Enzo Dursi from the Employment Department of the Armed Forces of the General Staff.

The ceremony was attended by the mayors of the Maniago area and the representatives of local law enforcement agencies, as well as the weapon combat associations.

Evelyn Tuccillo was also present, wife of the chief corporal in charge of the logistic battalion that fell in an attack in Afghanistan in the 2011. 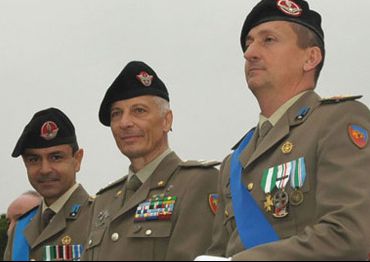 Lieutenant Colonel Lorenzetti left the unit after more than three years and eight months in command, a period during which he led the department in numerous training and operational activities, including, above all, the "Leonte" operation in Lebanon in the 2012.

Now there will be an assignment for the Army General Staff.

The commander of the brigade Ariete, general Fabio Polli, during his speech expressed his appreciation for the high professionalism shown by the officer and for the remarkable results achieved by the logistic battalion during his command period. 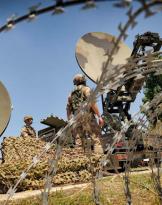 On the occasion of the Festa dell'Arma delle Trasmissioni, in the presence of the commander of the Land Operational Forces of ...
289
Read

In recent days, in Caserta, Trapani, Cosenza, Altamura and Teulada, at the Bersaglieri regiments of the COMFOP Sud, ...
371
Read

In the period from 14 to 16 June, the exercise of the "National Military Observation Network and ...
167
Read