Change of commander at the 8th "Pasubio" 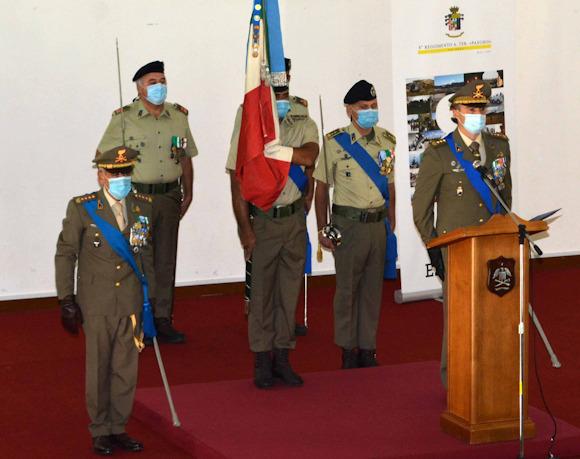 Passage of deliveries to the 8th land artillery regiment "Pasubio" of Persano where the 80th commander, Colonel Gianfranco Di Marco, handed over the command to the parigrade Riccardo Pesce.

The ceremony, attended by the commander of the bersaglieri brigade Garibaldi, Brigadier General Domenico Ciotti, took place in the Cinema of the "Pasquale Capone" barracks, in compliance with the regulations in force for the contrast and containment of COVID-19 infections. The event was attended by military authorities and the mayor of the municipality of Serre (SA), engineer Franco Mennella, testifying to the closeness and synergy between the military unit and local institutions.

Colonel Di Marco in his speech summarized the main activities that involved the men and women employed for over two years, highlighting, in particular, the use of the regiment as part of the KFOR operation in Kosovo since December 2018 in June 2019. Colonel Di Marco then recalled the substantial contribution made, almost continuously, to the "Safe Roads" operation in the provinces of Naples and Caserta and on the Piazza di Roma as well as the numerous training activities carried out by the department, some of which conducted in the context of international exercises held in Germany and Qatar. Last but not least, the commitment to achieving the assigned objectives and institutional tasks from the beginning of the national health emergency linked to the pandemic caused by COVID-19 was also highlighted.

During his speech, General Ciotti praised the work of Colonel Di Marco highlighting the results achieved by the regiment, the result above all of the professionalism, daily work, commitment, sacrifice and generosity fielded by his gunners, in a particular period for the country and concluded by wishing Colonel Pesce a period of command equally rich in satisfaction.

At the end of the ceremony, Colonel Di Marco and General Ciotti proceeded to the symbolic cutting of the ribbon with which the historic hall of the regiment was inaugurated, where the relics of the department are collected as well as a series of objects donated by the municipality of Posina (VI ) recovered on Monte Pasubio in the trenches of the First World War. For years, the 8th Pasubio has established a strong bond of friendship and collaboration with all the municipalities of the Monte Pasubio District, with whom it shares values ​​and historical memories.

Colonel Di Marco has been designated to hold a new post at the Army General Staff. 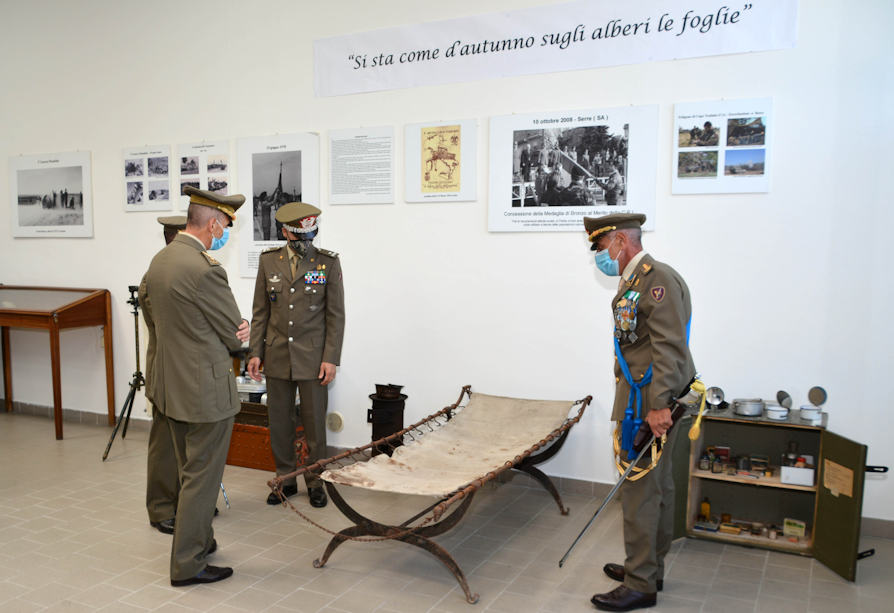 Inside the Court of Honor of the Military Academy and in the presence of the commander for training, ...
232
Read

The Cavalry of the Italian Army originates from the Savoy cavalry in which the first regiments of order "...
236
Read