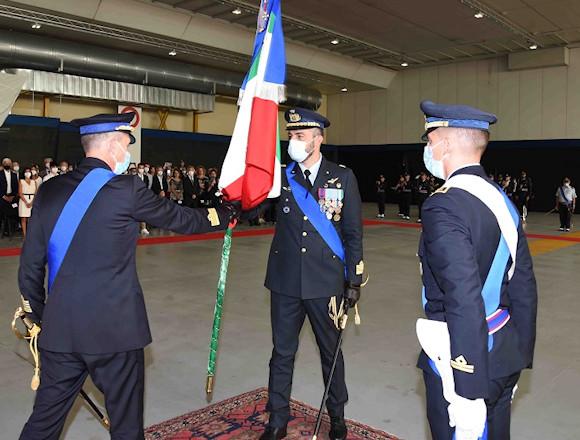 Chaired by the general of the air division Luigi Del Bene, commander of the combat forces of Milan and enriched by the presence of the Banners of the City of Treviso and of the University of Padua (both awarded with the Gold Medal for Military Valor) and by that of the Labari of the Combatant and Weapon Associations, the ceremony saw the participation of a large presence of local civil and military authorities who thus witnessed the solid closeness that the Institutions and local citizenship reserve for men and women in "Azzurro".

Thus Colonel Ruzzon in his farewell address: "There were many challenges that we had to face together. The modernization of the department, the closure of the runway, the numerous redeployments in addition to the complex and complicated acquisition of the state property of Padua and all the servants that belonged to it". Continuing: "It is not up to me to sum up what has been done or not done; but it is my duty to highlight the extraordinary nature of the men and women who work in the 51st flock, military and civilians with commendable human and professional skills". He then concluded: "I have always told you that there are some things that cannot be bought. One is time, which marks our daily life and which alas runs fast. This is why every minute is important and we must strive to ensure that every moment is unique and singular. The other is love, which for us translates into passion, resilience, professionalism, body spirit. Two elements that, if mixed correctly, have the power to generate a unique and extraordinary blend capable of transforming every single action into a a tangible sign of excellence. I limited myself to following the words of Pope Francis: educating is not filling vessels but lighting fires ". 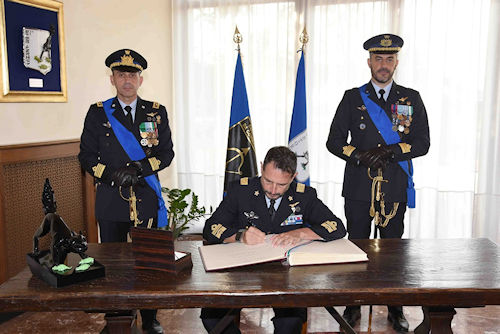 Colonel Chiadroni, in his inauguration speech, first wanted to recall his previous experience with the flock: "It is here that I was welcomed by the 'Indians' of the 103rd Flying Group and it is here that I grew up both as an Air Force officer and as a man" then, referring respectfully to the department's highly decorated War Flag, add: "That tricolor is our symbol of unity, values ​​and courage for which so many soldiers gave their lives or were seriously injured in the fulfillment of their duty. The same duty for which, today, we operate in complex scenarios , dynamic and particularly uncertain ". Finally, addressing the staff: "To you women and men of the 51st flock, I emphasize that, behind the many successes of this glorious department [...] there are you who are the soul, heart, mind and arm of the department. I know I can count on your trust, loyalty, self-denial and indisputable professionalism, but remember that the only way to do your job well is to love what you do. Together we will achieve our goals by giving even more prestige to our beloved Flag and beautiful family ".

The ceremony ended with the intervention of the Air Division General Luigi Del Bene: "With the change in command, today we celebrated the alternation between two commanders which strengthens the functional continuity of the department. A continuity that is expressed not only in the achievement of the mission, but also in the consolidation of values ​​and action. of command, which requires authority to be earned in the field with commitment, dedication and example. It is essential to do, as well as to say, building on the foundations of those who preceded us and correct, if necessary, maintaining the bow and consistency with the medium and long term in which the Air Force is investing. This, in short, requires perseverance, art in command and ability to control ". Turning, then, to Colonel Ruzzon: "You have been able to create stability in the working environment and you have believed in your people by making them responsible. As a commander I think you have performed your role very well with pride and firmness, but above all with balance and humility, through an effective and inclusive action of command. I tell you very good! ". Finally, to Colonel Chiadroni I say: "Leadership requires a necessarily different approach and the ability, and sometimes humility, to look and act from wider and more diversified angles. You certainly have great potential and this is the opportunity that the Armed Force gives you. trust you and know that all my staff and I are ready to support you whenever necessary ". 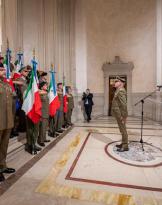 This morning, the Army Chief of Staff, Corps General Pietro Serino, and the Deputy Chief of ...
268
Read

An intense week ended in the late morning of last Friday for the Alpine Army Troops ...
4760
Read