Home News armed forces Terra Change at the top of the School of Health and ... 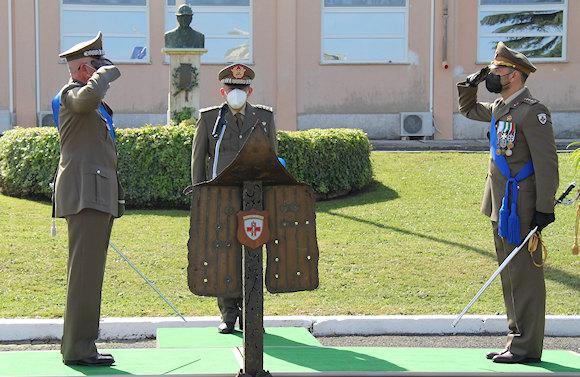 On Wednesday, at the "Artale" Barracks of Cecchignola in Rome, in the presence of the Army Health and Veterinary Commander, Major General Massimo Barozzi, the alternation ceremony in the office of commander of the School of Health and Military Veterinary was held, between Brigadier General Michele Tirico and Colonel Giuseppe Maria Antonio Algieri.

General Barozzi expressed his deep gratitude to General Tirico for the dedication and commitment he put into his post as commander of the School. In this period, training in the health sector has remained consistent with the continuous requests dictated by the needs of the Armed Forces, despite the difficulties associated with the pandemic context. General Tirico, in his greeting address, wished to thank the men and women of the School for the extraordinary professionalism shown during his period of command, while at the same time showing his pride in the results achieved in this difficult historical moment. He expressed his best wishes to the new commander for the job.

Colonel Algieri, during his speech, thanked General Tirico for the passion and commitment with which the School has operated even in an emergency context, underlining his future commitment to the increasingly challenging objectives that the School will pursue at national level , interforce, interactency and international.

The School of Health and Military Veterinary, which reports to the Army logistic command through the Health and Veterinary command, represents the reference body for the training and updating of the personnel of the Armed Forces for issues relating to Military Health .