Home News armed forces Land Change at the top of the 3 ° Elicot Regiment ... 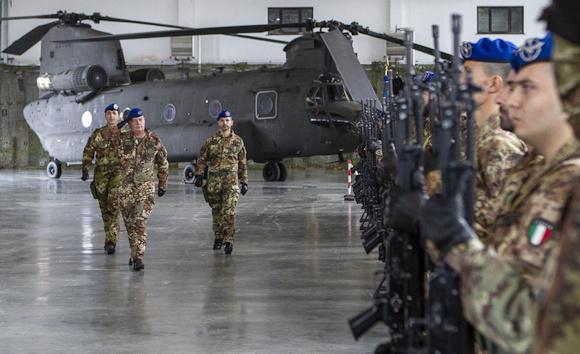 Today, at the "Fabbri" airport, in the presence of the commander of the Brigade General Aviation Army Paolo Riccò, the 3 ° commanding ceremony took place. Helicopter Regiment for Special Operations "Aldebaran" between Colonel Nicola Basti, transferor, and Colonel Loreto Bolla, successor.

Many authorities and illustrious guests attended the ceremony which, on a particularly important day for the regiment, they wanted to hug in an ideal embrace to the younger unit of the Army Aviation. From the 2002, in fact, this unit supports all the Defense Special Forces in the 3 ^ dimension.

The most solemn moment of the ceremony was the passage of the Flag of War from the hands of the transferor commander, who guarded it and served it for 28 months, to that of the successor who, as soon as he finished a prestigious assignment in operational theater, is about to begin an intense period at the head of the men and women of the 3 ° REOS. 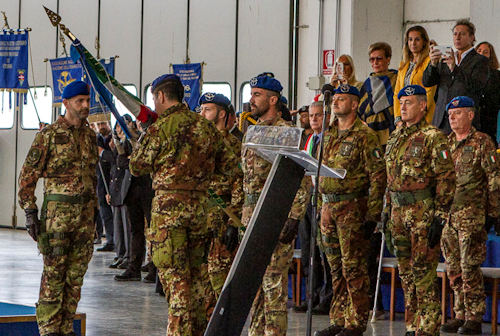 Under the leadership of Colonel Basti, the regiment carried out all the missions assigned to him in these years, from training to operational national and international missions, ensuring crews and aircraft daily for national emergency response and contingency plans.

Among the innumerable training activities, it is recalled that started in March of this year, which saw the training of pilot, technical and operator on board of the Qatari Emiri Air Force on NH90 aircraft, having the dual purpose of training pilots and operators of board and to train maintenance technicians.

After an intense week of aviolancistica activity conducted with the techniques of automatic opening and fall ...
167
Read

In the last few days, the Army soldiers have started the intervention for the maintenance of the trail network ...
167
Read

In the next few days, for the duration of three months, about 1.000 visitors to the Training, Specialization Area ...
540
Read

In recent days, the exercise of the Multinational CIMIC ended in the training area of ​​Comina (PN) ...
246
Read

The 1st land (mountain) artillery regiment and the "Taurinense" logistic regiment concluded a course of ...
607
Read

Yesterday, inside the "Ettore Rosso" barracks, in the military city of Cecchignola, the ceremony of ...
289
Read

In recent days, the ceremony for the delivery of the headdress was held at the "Luigi Giannettino" Barracks in Trapani ...
303
Read

The 152nd infantry regiment of the "Sassari" brigade has concluded the preparation of its personnel rates in ...
1561
Read

It took place this morning, at the Transmissions Command in the presence of the Undersecretary of State for Defense, on ....
501
Read