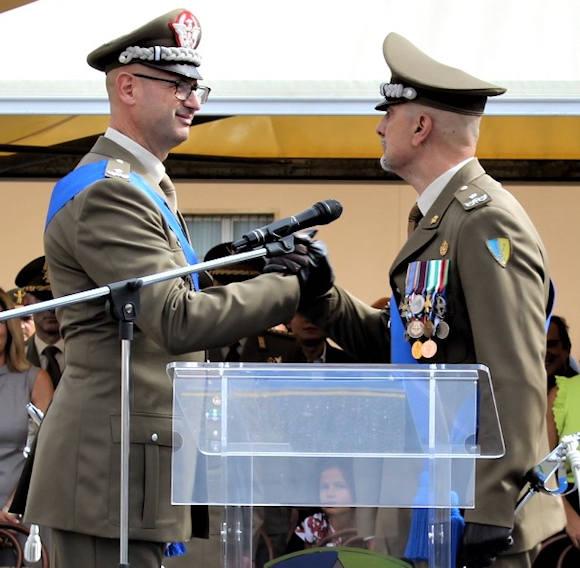 It took place in recent days, in the presence of the commander of the Support Terrestrial Operating Forces, general of the army corps Massimo Scala, the ceremony of alternation to the command of the tactical information brigade of the Army in Anzio between the brigadier general Maurizio Fronda, transferring, and the parigrade Adriano Russo, taking over. The military, civil and religious authorities of the cities of Anzio and Nettuno took part in the ceremony, together with the War Flag of the 13th HUMINT regiment.

General Fronda leaves the command of the tactical information brigade after two years, a period characterized by important changes, necessary in order to adapt the military instrument to modern operational scenarios with the consequent revision and updating of all the commitments related to training, training and operations: activities aimed at integrating and coordinating the units purely ISR (Intelligence Surveillance Reconnaissance) specialist with the newly acquired capabilities of influence.

Addressing the men and women of the brigade, General Fronda underlined their commitment, dedication and professionalism, in the awareness that the call to a common identity and a sense of spiritual belonging is crucial to being able to overcome daily difficulties. . General Fronda then added that “The Army holds the knowledge and knowledge of Tactical Ground Intelligence and proudly supports Defense in Military Operations within War Fighting scenarios. The tactical information brigade is essential to support the Armed Forces and Defense in the terrestrial tactical intelligence function ".

Army Corps General Massimo Scala thanked General Fronda and his staff for having brought the brigade back to its main operational interest, namely ground tactical information, and wished General Russo the best of luck. General Fronda will take up a new post in the Army General Staff.

La tactical information brigade of the Army represents an excellence of the Armed Force in the use of specialized resources, both in the various intelligence disciplines, through the capabilities expressed by the electronic warfare assets, instrumental surveillance of the area of ​​operations and information collection from human sources, and in the specialties responsible for creating effects and influencing the operating environment.

From 5 to 18 September 2022, the “Folgore” parachute brigade participated in the multinational exercise “FALCON ...
9236
Read

The multinational exercise Saber Junction 2022 ended in recent days at the Hohenfels base (GER), ...
1179
Read

The military ceremony for the return of the contingent took place in recent days in Piazza della Vittoria in Gorizia ...
897
Read

It took place yesterday morning in the “G. Perotti ", in the presence of the commander of the Land Operational Forces of ...
1122
Read

180 aspiring marshals have crossed the gate of the Army Petty Officer School to face the ...
819
Read

Today, at the "Vittorio Bragadin" airport site, home to the 51st flock, the ceremony that took place ...
827
Read

An intense week ended in the late morning of last Friday for the Alpine Army Troops ...
4748
Read 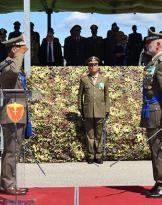 It took place this morning in the "Oreste Salomone" barracks in Capua, in the presence of the commander of the operational forces ...
1071
Read