Change to the artillery command 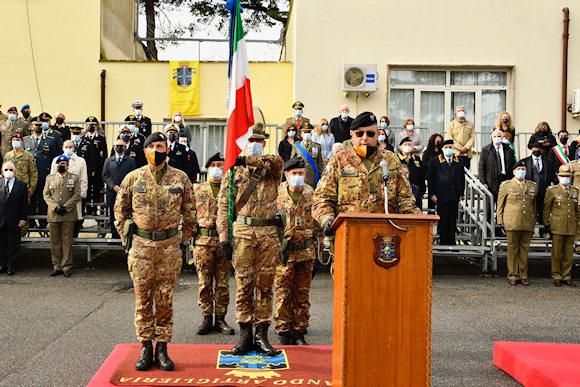 At the ceremony, presided over by the general of the army corps Massimo Scala, commander of the Support Terrestrial Operating Forces, took part numerous civil, religious and military authorities of the territory and a representation of theNational Artillery Association.

General Scala, in his address, underlined how "Only through the harmonization of technical means, passion, ability, courage and human professionalism that manage the various components of the Artillery system, driven by a single manager, is it possible to go far and achieve the set objectives".
"Thus the artillery has expressed its maximum potential: thanks to an incessant synergistic commitment of all its parts, moved by the will of its staff and the determination of the commander". With these words, General Scala thanked General Giambartolomei for his work, wishing the best of luck to General Principe for the new post.

General Giambartolomei, at the end of his active service, expressed his gratitude to "his" gunners for the passion and professionalism with which they worked on a daily basis, underlining how the six years at the helm of the command were a demanding, exciting and I keep up with the changes. In particular, artillery has been able to demonstrate, both nationally and internationally, in a vast and diversified field of action, advanced doctrinal and operational skills, placing itself as a point of reference in numerous national and international exercises.

The handover between the two commanders takes place in the eleventh year from the constitution of the command which, has brought to itself the centenary competences of the suppressed army corps weapon commands, of the artillery inspectorate and of the artillery school founded in 1888. The artillery command has Fires & Targeting Center and Info Ops (CFTIO) of the EI, the 5th “SUPERGA” rocket artillery regiment of Portogruaro, the 7th CBRN “CREMONA” regiment of Civitavecchia and the 52nd land artillery regiment “TORINO” of Persano. 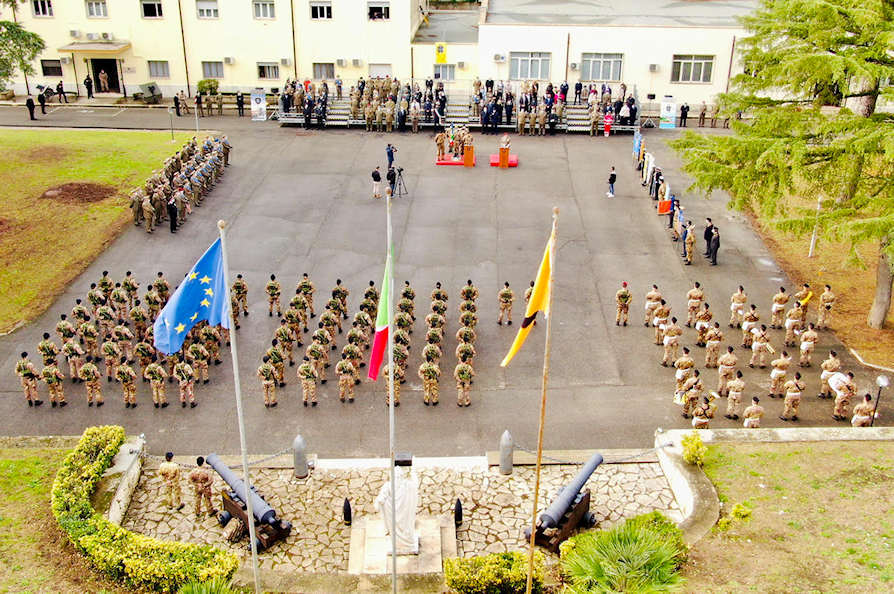 Challenging weekend for the bomb squads of the Italian Army, engaged in defusing and ...
214
Read

The Expert Meeting related to the "Psychology and Resilience Working Group", an activity of ...
1850
Read

A week dedicated to the training of sharpshooters of the Army units has ended in recent days ...
6202
Read

In recent days, with a contained ceremony, the commander of the military command of the capital, general of the ...
809
Read

The Individual Military Training session was held in recent days which involved the staff ...
1546
Read

It took place in recent days, at the "Castello Generale Cantore" in Aosta, in the presence of the commander of the ...
882
Read 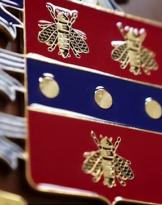 The Army Commissariat Corps today celebrates the 205th anniversary of the establishment of the General Intendency ...
367
Read 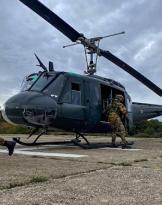 It ended a few days ago at the Monteromano (VT) polygon, at the end of an intense training cycle ...
943
Read