Calendar 2021: the Army "For the Fatherland" 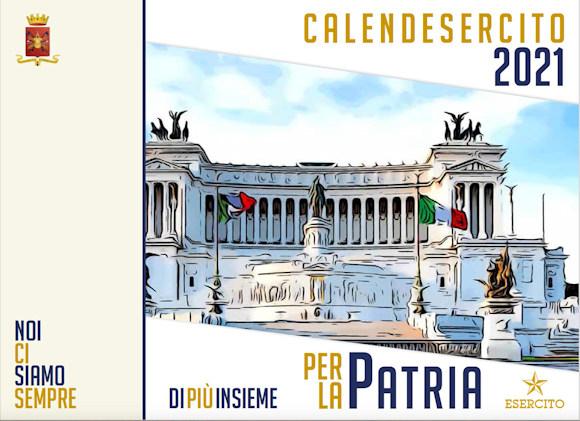 This morning at the Altare della Patria, in the Shrine of the Flags of the Armed Forces, the presentation of the "Calendar Army 2021", entitled "Per la Patria", was held.

The event, which was broadcast in live streaming on the web channels of the Armed Force, took place in the absence of the public, in full compliance with the provisions issued by the government regarding the containment of the diffusion of CoVid-19, in the presence of the head of General Staff of the Army, General Salvatore Farina.

The 2021 edition of the CalendArmy it was also realized thanks to the collaboration with Leonardo spa, sole sponsor of the work and institutional partner, represented for the occasion by the president Dr. Luciano Carta, who spoke with a video message during the event.

The work was presented by the journalist and essayist Dr. Paolo Mieli, and by Dr. Isabella Insolvibile, an Italian historian and academic, who together with General Farina illustrated its meaning and, in particular, a significant stage in the history of our country was associated with each month of the year: from the battlefields of the Risorgimento wars to the trenches of the two world wars; from the theaters of operations abroad, in the context of peace support missions, to the many interventions on the national territory that see the Army engaged in facing emergency situations, such as the current commitment to combat Covid-19.

Leafing through the pages of the 2021 Calendar retrace the main military events of our country, from the battle of Governolo (1848) to that of Bezzecca (1866), to the capture of Rome (1870) to the epic battle of the Solstice (1918), when all of Italy found itself on the Piave to fight the Austrian adversary, up to the battles of the Second World War and the War of Liberation. The last pages of the work are dedicated to the Army of today, an Armed Force that places itself as a pillar of national and international defense and security, always at the service of the community. 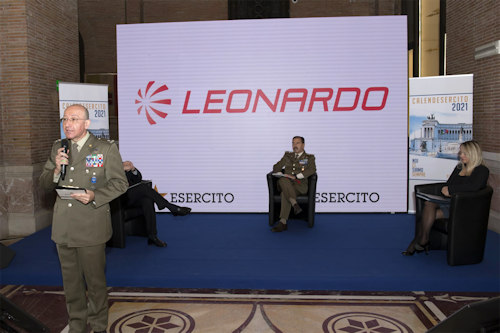 In recalling these stages of our history, the work intends to honor the service rendered by the men and women of the Armed Force and, with it, to reaffirm the values ​​on which the Army is founded: devotion to Italy, loyalty to the institutions republican, the importance of memory, principles that constitute the indelible heritage of the actions of Italian soldiers, who, 100 years after his burial in Rome, look to the "Unknown Soldier" as a point of reference, a nameless and timeless hero who symbolizes all the fallen "For the Fatherland".

General Farina, during his speech, wanted to illustrate the contents of the CalendExercise 2021, starting with the title. "The initial idea was to recall the centenary of the burial of the Unknown Soldier, which took place on November 4, 1921, but we also wanted to honor all the soldiers of every time and place who sacrificed themselves FOR THE HOMELAND, thus helping to create the Country we have today: a united, republican, democratic Italy that is progressing and is looking towards the future. This is why we have chosen 12 missions and operations to retrace, in a continuum that goes from the First War of Independence to today, what the Army, in various stages, has done for Italy and for citizens, including the current commitment of the Armed Force to support the ASLs and civil hospitals in the epidemiological emergency that is affecting the country. Everything the Army does is "For the Fatherland", for the devotion to Italy, for the loyalty to the institutions and for the spirit of self-denial, altruism and generosity that distinguish the Italian soldier ".

"The Army", concluded General Farina, "It is at the forefront in the field, in action, both abroad, in numerous peace support missions, as well as in Italy, we can see it a lot these days, it is an essential institution for the defense and security of our fellow citizens . A capable, cohesive, ready and human-centered institution. Our soldiers, who must be supported by the best technologies, are the most important part of the Armed Force and constitute a 'single group' at the service of the country, always ready to improve themselves to better face future challenges ".

This year's edition, available both in the traditional classic "wall" version and in the "photographic" version, will help support the National Work of Assistance for Orphans and Career Soldiers of the Army (ONAOMCE) to which a portion of the sales proceeds will be donated. 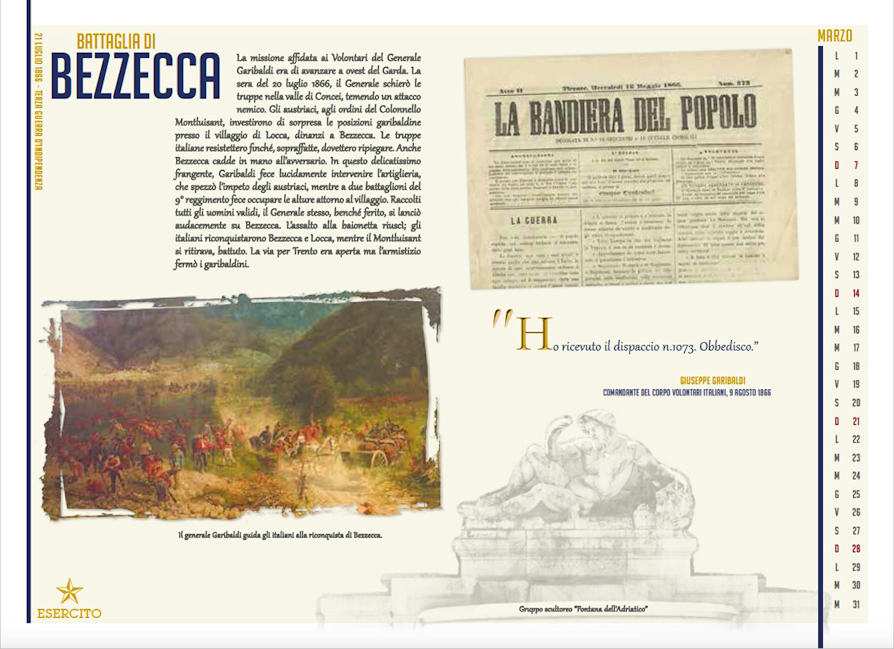