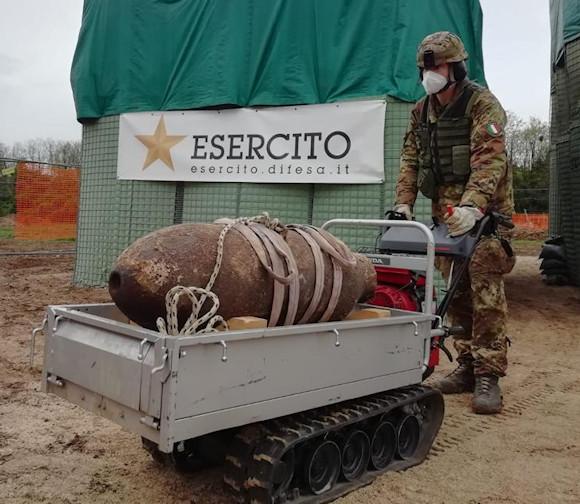 The bomb squads of the Italian Army, in force of the 8th “Folgore” parachute destroyer genius regiment, intervened in Cason, in the municipality of Montebello Vicentino (VI), to neutralize a dangerous remnant of war dating back to the Second World War.

The bomb, a US-made aircraft bomb weighing 500 pounds of high explosive, was found during the excavation work for the construction of the Verona - Padua high-speed railway line and promptly placed in conditions of safety by a team of specialists from the 8th Paratrooper Engineers Regiment of Legnago (VR).

The delicate reclamation operations, coordinated by the prefecture of Vicenza and by command for operational forces north of Padua, began on Sunday 24 April at 08:00 following the completion of the evacuation procedures which involved over 130 citizens residing inside the evacuation area (468 meters from the place of discovery), in addition to the closure of the railway traffic on the Verona - Padua high-speed line.

The bomb squads of the Italian Army first secured the device, depriving it of sensitive organisms (fuzes), and then removed it and transported it to an area specifically identified in the municipality of Alonte (VI) where it was safely blasted.

To guarantee the maximum safety framework, the specialists of the genius of the Italian Army have created a structure to mitigate the effects of an accidental explosion designed specifically to protect neighboring buildings and infrastructures falling within the area declared at risk.

Today, for the bomb squads of the “Folgore” parachute brigade, it was the hundredth reclamation intervention carried out since the beginning of the year in the 7 provinces of competence. 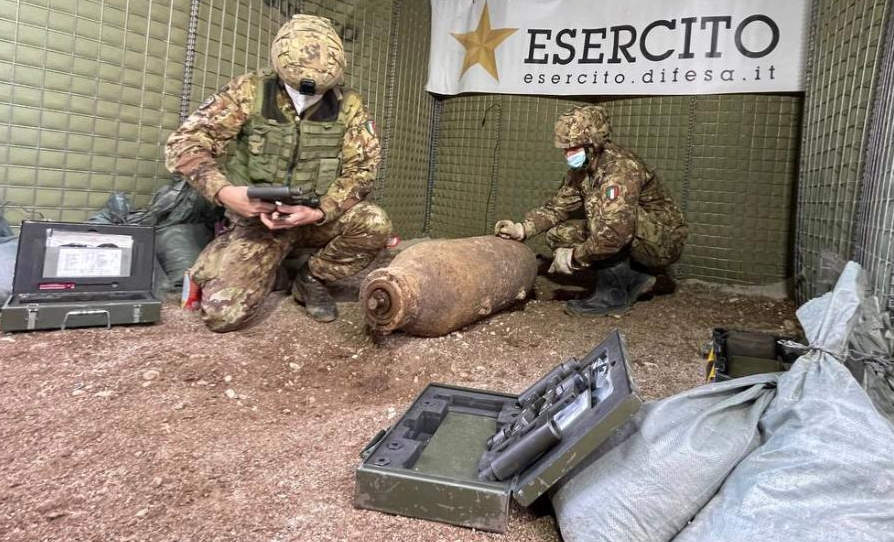 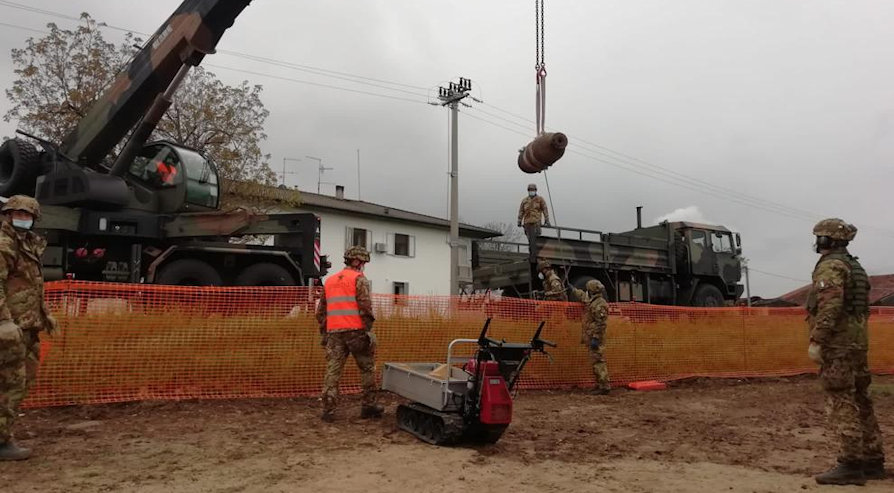