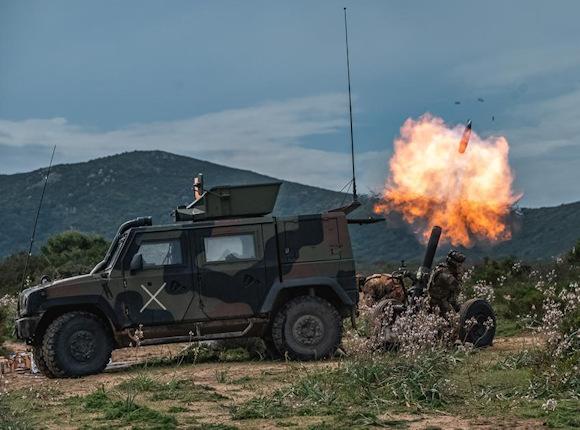 The “Pieve di Cadore” exercise, the Field Training Exercise (FTX) of the maneuvering and combat support units of the "Julia" alpine brigade, organized in the training area of ​​the Capo Teulada (SU) polygon, in order to verify the ability to perform tasks assigned to the Army units in the 'scope of a Operating Theater, at a minor complex level pluriarma.

The program of exercises made it possible to test all the peculiar abilities of the Alpine infantry regiments and verify the training level reached by the 7th Alpini. Thanks to its own logistics, the Alpine brigade "Julia" was able to deploy organic components of the dependent units in the training area in order to allow the closest interaction between infantry, cavalry, artillery, genius and transmissions as part of the "combinded" concept. arms ".

During the exercise particular emphasis was given to the management and coordination of the indirect fire support structures, with the establishment of a JFST (Joint Fire Support Team).

The Air Force also participated in the exercise, providing a valuable contribution with two aircraft Euro Fighter of the 37 ° flock of Trapani who carried out missions of Close Air Support (CAS), in support of the operational ground forces, and by the 173rd US brigade who, by participating directly in the training, have further elevated its complexity and realism. 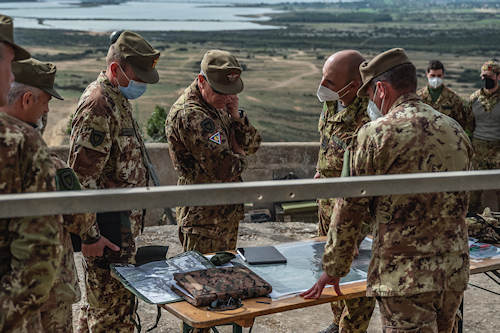 The commander of the Alpine troops, general of the army corps Ignazio Gamba paid a visit to the departments of the "Julia" in training, followed by the commander of the unit, Brigadier General Fabio Majoli. The senior officers went to the polygon area to see for themselves all the maneuvers carried out on the field by the personnel exercised and subsequently congratulated Colonel Andrea Carli, commander of the 7th Alpini of Belluno, for the work done and for the high operational standard achieved by all the soldiers employed in the vast Capo Teulada shooting range.

The pilot unit of the exercise was the 7th Alpine regiment of Belluno integrated by the 3rd land artillery of Remanzacco (UD), by the 2nd sapper genius of Trento, by the Piedmont Cavalry 2nd of Villa Opicina (TS), by the RCST “Julia” of Udine and by the Logistician “Julia” of Merano (BZ), for a total of about 400 soldiers. The Alpine troops of Belluno managed and conducted all phases of the activities, always operating in full compliance with the regulations on Covid-19, under the supervision of the brigade command: from the preparation and deployment to the deployment in the polygon, from the conduct of final re-deployment training (still in progress) up to the port of Monfalcone (GO). 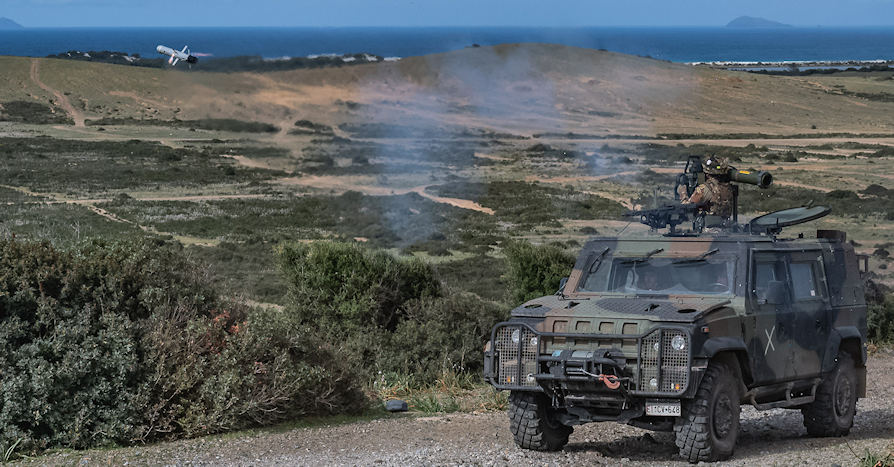