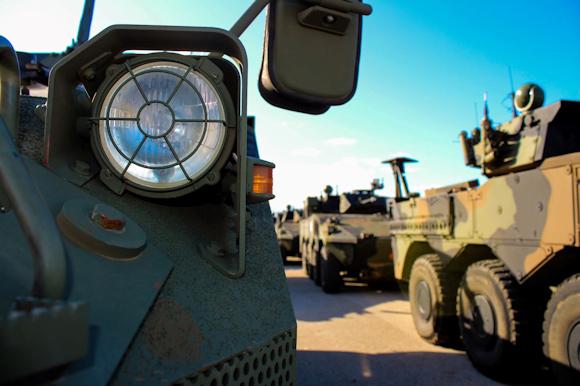 With the end of the unloading operations and the start of the first integration logistic-training activities at the National Training Center (CENAD) in the area of ​​“San Gregorio” in Zaragoza, the deployment for the “Toro 2019” exercise was completed , which will see employees of the "Pinerolo" brigade and the "Turin" infantry regiment 82 alongside their colleagues from the "Aragon I" brigade of the Spanish Army, under TACON (tactical control) of the Castillejo division.

The main purpose of this important training event is to improve the integration level of the Units and to test the interoperability of the command and control services and systems in Italy (SIACCON ADV) and Spanish (SIMANET) through the Military Interoperability Program (MIP), in order to allow the vision of the Common Operational Picture to Italian and Spanish units, refining both the procedures to be implemented in the Command posts and the procedures for using the units.

The training event represents an important test bench for the complex drafting of technical-logistic-administrative agreements between the parts that have become necessary for the phase, just ended, of deployment of redeployment of assets deployed across the border. 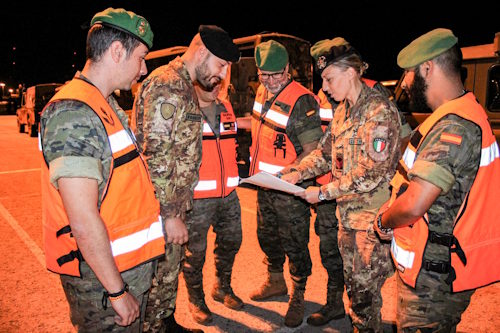 The exercise on the basis of bilateral agreements and an intense activity of cooperation and friendship between the two countries will end with a livex of Gruppo Tattico, with the use of a pluriarma Task Force and Command Post that will operate in an integrated manner in a scenario of guy war-fighting.

The "TORO 2019" will see 20 military Italian 450 days operate on the ground for about 120 soldiers alongside Spanish soldiers from the "Aragon I" brigade using VBM "Freccia", VBM "Freccia" mortar door from 70 mm, VTLM "Lince", VTMM "Orso", FHXNUMX howitzers, as well as assets of Force Protectione surveillance of the battlefield.

In the next few days, the first activities of amalgamation and amalgamation will begin between the Italian and Spanish departments that will see the soldiers of the "Pinerolo" involved in an intense training cycle.

After an intense week of aviolancistica activity conducted with the techniques of automatic opening and fall ...
445
Read