78 years ago the third battle of El Alamein was fought 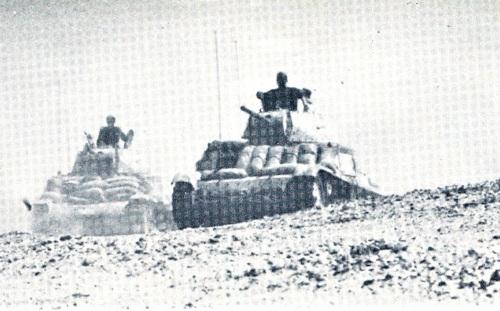 In the "Pietro Mittica" barracks the commemoration of the third battle of El Alamein took place, a glorious event of the Second World War whose 78th anniversary is taking place in these days.

The event, which was attended by a reduced representation of the staff of the "Ariete" brigade command, in compliance with the anti-COVID provisions, was also attended by the brigadier general of the reserve Ettore Fasciani, president of the National Tank Association of Italy for the Friuli-Venezia Giulia Region.

The commander of the 132nd "Ariete" armored brigade, Brigadier General Roberto Banci, in illustrating the meaning of the famous anniversary, stressed the importance of enhancing and preserving, even through a simple ceremony, the memory of these heroic events of the past that they form the foundation of our history.

78 years ago the third battle of El Alamein came to an end, a decisive clash of the Second World War for the fate of the North African chessboard, fought between the forces of the Italian-German Axis and the Allied forces of the Commonwealth, from the evening of 23 October on the morning of November 5, 1942.

At the first light of dawn on November 4th, the “Ariete” division was lined up with its medium and self-propelled tanks in front of the “Sherman” tanks, more powerful for protection and armament, ready to carry out the assigned task. Pressed on the forehead, surpassed on the wings no longer manned, the "Aries" division tenaciously performed the task of arresting and delaying the enemy for the necessary time, consuming itself on the spot.

On 6 November, near Fuka, the XIII medium tank battalion, the only unit that "survived" the clashes of the previous days, with its last twenty tanks, was engaged by overwhelming enemy forces and also destroyed. The glorious “Aries” armored division was definitively dissolved on 8 December of the same year.